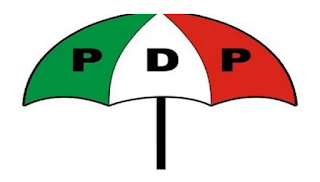 The leadership of the People's Democratic Party PDP has urged its members in the Senate to aggressively oppose any further request by President Muhamadu Buhari for approval of foreign loans.

National chairman of the PDP Uche Secondus stated this to Senate correspondents shortly after a closed door reconciliatory meeting with the Senate caucus of the party at the National Assembly complex.

He said the continuous borrowing by the Federal Government if allowed to continue will adversely affect the economy in future.

Leader of the PDP Caucus in the Senate, Enyinnaya Abaribe said the meeting also discussed the growing discontent among lawmakers from the party who are aggrieved on how the party is being run in their various states.

The national Chairman of the party also said the party is moving steadily with its preparations for the Edo state governorship election.