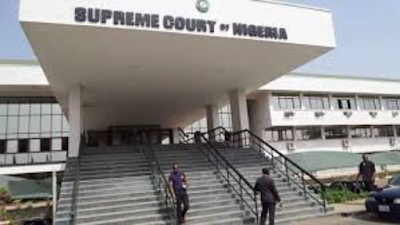 The Supreme Court on Tuesday fixed January 20 for judgement on the Kano State governorship dispute following the March 9, 2019 election in the state.

A seven-man panel of the apex court led by the Chief Justice of Nigeria, Justice Tanko Muhammad, fixed the date for judgement after hearing the appeal by the Peoples Democratic Party’s candidate in the keenly contested poll, Kabir Abba-Yusuf, challenging the victory of the All Progressives Congress’ candidate, Abdullahi Ganduje at the poll.

Both the Kano State Governorship Election Petition Tribunal and the Court of Appeal had dismissed the PDP’s case and ruled in favour of the APC and the Kano State governor.

The PDP and Abba-Yusuf had, therefore, appealed to the Supreme Court praying for an order overturning the lower court’s decision and affirming them as the winner of the last governorship election in the state.

Arguing the PDP’s appeal, Adegboyega Awomolo (SAN), said the State Returning Officer, illegally cancelled election results from 207 polling units in the state, declared the election inconclusive and went ahead to fix March 23, 2019, for a supplementary poll.

But the counsel for the Independent National Electoral Commission, Ahmed Raji (SAN), in urging the court to dismiss the appeal, said the results from the 207 polling units were not cancelled by the State Returning Officers.
Governor Ganduje’s lawyer, Chief M.N Duru, also urged the apex court to dismiss the appeal.
“The submissions of the appellant were predicated on the wrong premise,” he added.