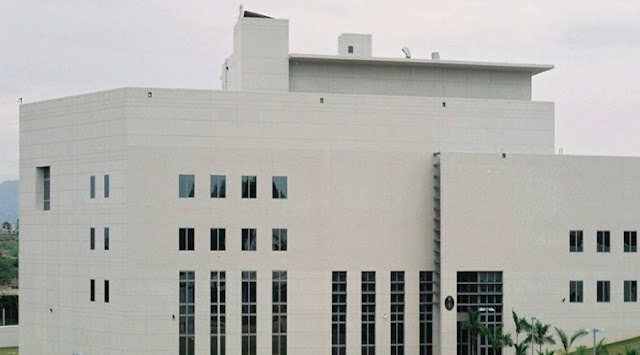 The United States Embassy in Abuja and Consulate General in Lagos have reopened for visa applicants.
The embassy said in a Facebook post that only the American centres will be closed .
The American centres include the libraries and other sections.
It said visa applicants should not miss their appointments as this service would continue despite a government shutdown.
The statement read, “US Embassy Abuja and Consulate General Lagos remain open for all consular business, including visa interviews. Please attend your regularly scheduled interview.”
The US executive arm of government led by President Donald Trump and the legislative arm have been at loggerheads for nearly two months over Trump ’s attempt to build a wall along the Mexican border.
Building a wall was one of Trump ’s major campaign promises as part of efforts to curb illegal migration and crime.
He had boasted during his campaign that the Mexican government would pay for the wall.
However, with the refusal of the Mexican government to fund the wall, the President approached the US legislature, asking the bi-cameral institution to provide $5 bn which would be used in funding the wall.
The shutdown officially began on December 22, 2018 and is expected to last for a few weeks.
While many federal workers are left without pay, some who are providing essential services will not be affected for now.