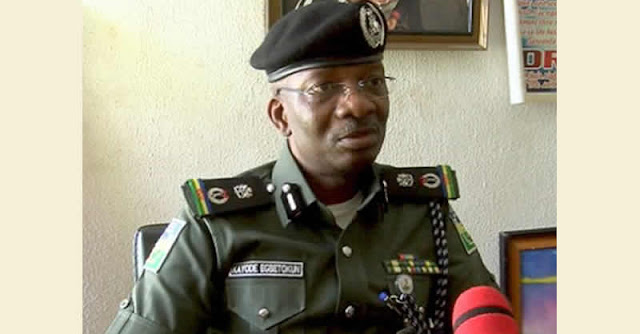 The Inspector -General of Police, Ibrahim Idris, has directed Mr. Kayode Egbetokun to take over from erstwhile Lagos State Commissioner of Police, Imohimi Edgal, as the Acting Police Commissioner in the state.
Sources said Edgal has been directed to take charge of the Explosives and Ordinance Disposal Unit at the Force headquarters, Abuja.
It could not be immediately ascertained if Egbetokun, who was former Chief Security Officer to former Lagos State Governor, Bola Tinubu, would be made the substantive CP.
The new acting Lagos Police boss was the CP in charge of Explosives and Ordinance unit.
He also supervised the Osun governorship election in Ikire town, where a number of buses and motorcycles were seized for violating the restriction of movement during the poll.
A source said, “The redeployment of Egbetokun to Lagos was part of the Police operational strategies ahead of the 2019 general elections.
“You will recall that a number of senior Police officers, including Command Commissioners of Police, were redeployed in the past few weeks, which the Force headquarters has deliberately not made public, contrary to the usual practice.”