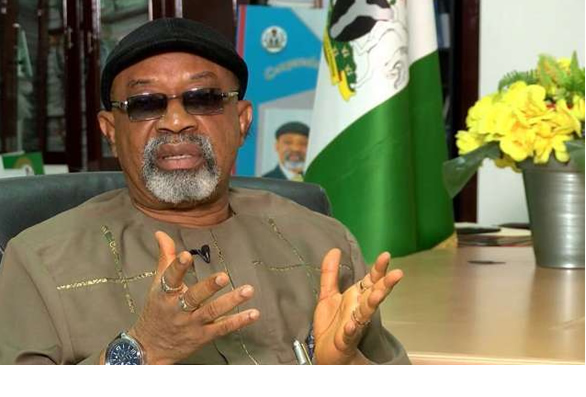 The Federal Government says it will meet with Organised Labour to prevent the threat of national industrial action over non transmission of the New National Minimum Wage bill to the National Assembly.
Sen. Chris Ngige, Minister of Labour and Employment, said this in a statement signed by Mr Samuel Olowookere, the Director of Press in the ministry, on Wednesday in Abuja.
According to the statement, the meeting is to nip in the bud threat of national industrial action by the Nigeria Labour Congress over the transmission of the New National Minimum Wage to the National Assembly.
“ The Minister of Labour and Employment, Chris Ngige, is scheduled to hold a meeting with the Executives of the Organised Labour Union on January 4 at the Minister ’s Conference Room by 10:30 am prompt.
The News Agency of Nigeria recalled that the National Executive Council of the NLC had threatened to embark on a nationwide protest on January 8.
The threat was to make the Federal Government to send the tripartite committee ’s report on N30,000 minimum wage to the National Assembly.
The organiseed labour gave the ultimatum following President Muhammadu Buhari ’s proposal to set up another committee to scrutinise the tripartite committee's recommendation.
A statement attributed to Buhari had indicated that a “high powered technical committee” would be set up to devise ways to ensure that its implementation did not lead to an increase in the level of borrowing.
NAN
News