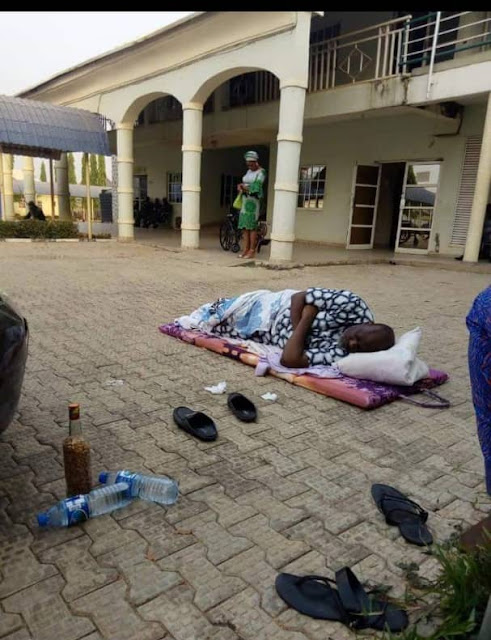 The Department of State Services has cleared the air on the circumstances relating to the presence of Senator Dino Melaye in its medical facility along Airport Road, saying the police simply brought him there for more medical attention.
According to the DSS in a statement by its Spokesman, Peter Afunanya, the lawmaker was not abducted as claimed by some media outlets.
Afunanya said the DSS accepted the Senator for more medical attention in its facility in line with what medical ethics and spirit of inter-agency cooperation.
The statement said: “The attention of the Department of State Services has been drawn to news making the round that its operatives, on 11th January, 2019, abducted Senator Dino Melaye from the Police hospital and forcefully took him to the Service’s medical facility in Abuja.
“The Service wishes to state that the information, as being misrepresented by sections of the media, is far from the truth. It had, at no time, abducted the Senator.
“The fact is that it was the Police that brought him to the DSS facility after obtaining a 14-day detention warrant with effect from 9th January, 2019. The aim of bringing him to the Service’s facility is to complement Police efforts in giving the Senator a deserved medical attention.
“Consequently, the Service, in line with medical ethics and spirit of inter-agency cooperation, accepted him. This clarification has become necessary in order to address the false allegation that hooded men suspected to be DSS operatives abducted the Senator from the Police hospital,” DSS said.