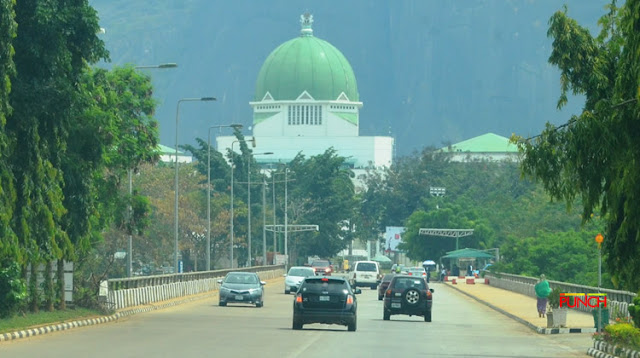 Thieves are vandalising cars and stealing their batteries on the premises of the National Assembly,
Reports say several cars have been vandalised in recent times, including that of a Punch newspaper correspondent, Leke Baiyewu who covers proceedings in the House of Representatives.
He had parked his Honda CR - V car at a park close to the Annex building at about 11:30 am but discovered at about 6 pm that its battery had been stolen, with the bonnet left half opened.
The incident was reported at the Crime Office of the National Assembly Division of the Nigeria Police on Thursday morning, where Baiyewu was told that several similar cases of vandalism and theft had been reported at the unit.
In spite of lodging the complaint, he said none of the officers on duty requested him to lead them to the vehicle for inspection.
Several National Assembly workers and journalists, who spoke on the issue, lamented the security lapses in and around the complex.
A victim, Mr Okechukwu Jombo, who is a reporter with the Nigerian Pilot, said his car ’s battery was stolen on the premises earlier in the year.
“They did it to me too early this year, around March. I parked at the main park behind the building. There is a cameraman at the House of Representatives, they took his own too. We were many during that period. It was a very rampant thing,” he said.
Another victim, Mr Mudashiru Atanda, a photojournalist with The SUN, narrating his ordeal, said, “It was a Friday; I had parked inside at the car park behind the main building. When it was time to go to the mosque for the Juma’at prayer, thinking I would have a smooth ride to the mosque. As I got close to the car, I saw that the bonnet was not firmly locked. I thought I did not lock it well. I lifted it with the intention of locking it only to discover that the battery had been stolen.”
Atanda lamented that no arrests had been made since the incident occurred in 2016.
Another photojournalist with
THISDAY, Mr Julius Atoi, said his Honda Accord car was broken into at the first car park close to the second security gate while the National Assembly was on an annual recess between July and October.
Narrating a similar experience on Friday, Mr Ezekiel Dike, a cameraman with the Nigerian Television Authority, said the battery of his Honda Accord was stolen from the car in September 2017 at the same car park.
He said, “I reported (the theft). I went to the police station on the premises. They asked if I suspected anybody. I said I could not have suspected anybody when I was covering the plenary at the chamber. They did not follow the matter up. Each time I went there, they did not give me attention. So, I let go.
“We were about three whose car batteries were stolen that same day. There was a man (victim) who came for a public hearing; he came in a Ford SUV.”
Meanwhile observations by the Punch correspondent shows that security men at the gates did not inspect cars going into the complex but only demanded personal identities, especially of persons not known to them.
It was further observed that no checks were conducted on cars leaving the premises.
At the general car park outside the second gate, it was observed that while a pass was issued to every car going in, the security men closed much early, allowing some car owners to go away with the pass as there was no one to take it from them.
Several users of the park. who spoke on the issue, warned that any pass not retrieved could be used to steal cars from the park.
A security operative blamed the lapses on the malfunctioning Closed Circuit Television cameras around the parks, adding that several cases had been reported but nobody had been arrested.
The security man, who spoke on condition of anonymity, said, “We have been receiving such complaints.
“If the CCTVs are functioning, it is just to play back the tape and see the thief. That is one major problem that we have. The CCTVs are not working.”
A senior police officer, deployed in the National Assembly, who also spoke on condition of anonymity , lamented that efforts to get the National Assembly leadership to fix the CCTVs in and around the complex had failed.
The Sergeant-at-Arms of the National Assembly, Brig.-Gen. Mohammed Sani (retd ), could not be reached as several calls made to his telephone line on Friday were not returned.
Sani had yet to reply a text message sent to him as of the time of filing this report on Saturday.
When contacted on the incidents, the Divisional Police Officer, National Assembly Complex, Mr Abdullahi Sambo, a Superintendent of Police, referred the Punch correspondent to the Police Public Relations Officer, Federal Capital Territory Command.
The PPRO, Mr Anjuguri Manzah, who was asked what was being done to address the ugly development, said, “I can’t answer you now … you have to give me time to speak with him (Sambo ) first.”
Nigerians were shocked on April 18, 2018, when unknown men in a convoy of cars and pick-up vans stormed the Senate chamber while plenary was ongoing, snatched the mace and made away with it.
The legislature ’s symbol of authority was only recovered several kilometres away, according to the police, where the invaders dumped it.