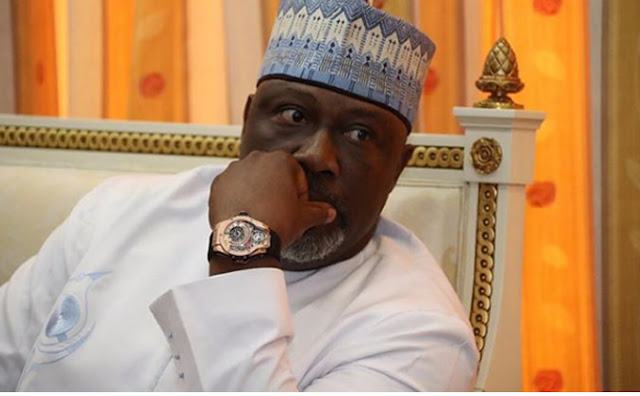 The Nigeria Police Force has asked the lawmaker representing Kogi West in the National Assembly, Senator Dino Melaye, to surrender himself for arrest and investigation for attempted culpable homicide.
It stated that the police operatives deployed in his house with an arrest warrant will not leave his Abuja residence until they apprehended him.
The Force spokesman, Jimoh Moshood, said in a statement on Monday that Melaye had repeatedly spurned several invitations asking him to report for an investigation into the alleged shooting of one Sgt. Danjuma Saliu, attached to 37 Police Mobile Force while on stop-and -search duty along Aiyetoro Gbede, Mopa Road in Kogi State.
He explained that Melaye and his armed thugs shot and injured Saliu who is currently on admission at the Federal Medical Centre, Lokoja.
Police investigators, he said, had invited Melaye through a letter of invitation dated 23rd July, 2018, signed by the Commissioner of Police, Kogi State Police Command, and addressed to the Clerk, National Assembly, Abuja.
Moshood said, “Melaye was asked to report on 26th July, 2018 at the Kogi State Police Command, CIID, Lokoja to answer to a case of criminal conspiracy and attempted culpable homicide against him under investigation in the Kogi State Police Command.
“The claim by the Senate President in the media that the Police did not submit a letter of invitation to the Clerk of the National Assembly is therefore incorrect as can be seen on the attached letter with acknowledgment stamp of the Clerk, National Assembly, Abuja, dated 24 July, 2018.”
The Police also tendered copies of pictures of the injured officer, the invitation letter to Melaye addressed to the Clerk of National Assembly and the medical report from the Federal Medical Centre, Lokoja, confirming the admission of Sgt. Saliu to the hospital for gunshot injury.
Meanwhile, the National Coordinator, Advocate for Peoples' Rights and Justice, Victor Giwa, has condemned the police siege and move to arrest Melaye, describing it as an abuse of his rights.
The activist in a statement asked the police to follow the proper procedure laid down by the law if the lawmaker was needed to answer to any charges.
He added, “As an organisation, we see the continuous occupation of the residence of Senator Melaye as a gross violation of his right to freedom of movement and personal liberty, as provided in the constitution.
“If the Police need the Senator for any offence or for trial in court, there are proper procedures laid down by the law to follow, anything outside that is persecution. We, therefore, insist that we shall mobilize our allies as civil society to resist any form of intimidation or harassment by the police. An injustice to one is an injustice to all.”

See photos of the injured officer, Sgt. Aliu, medical report and letter of invitation to Melaye:

Below is Sgt. Danjuma Saliu on his hospital bed. 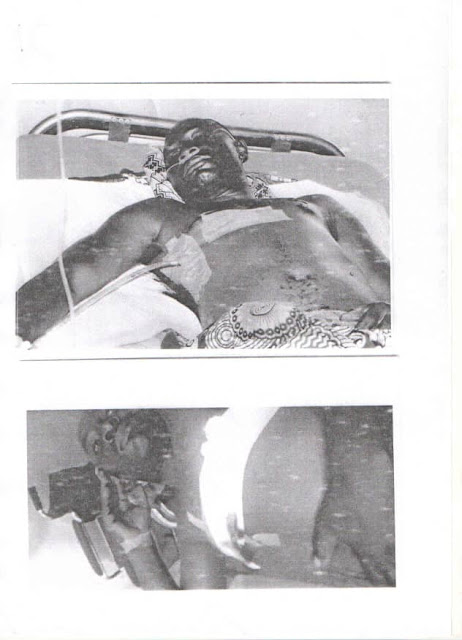 Below is a Police letter inviting Senator Dino Melaye. 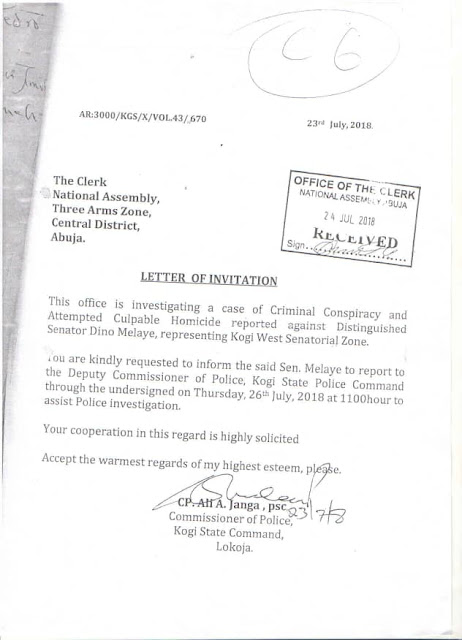 Below is a medical report of Sgt. Danjuma Saliu. 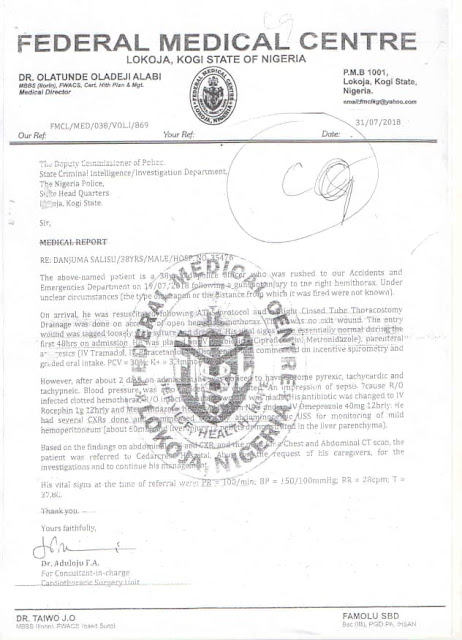