Shehu Shagari: We Have Lost a Sage, Democrat, Says Ekweremadu 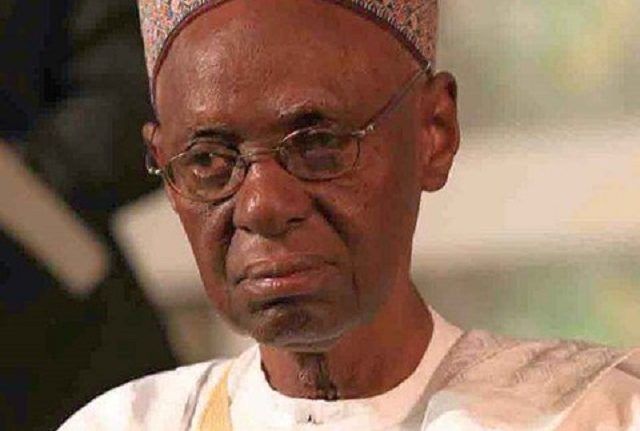 The Deputy President of the Senate, Senator Ike Ekweremadu, has expressed deep grief over the passing on of the Second Republic President, Alhaji Shehu Shagari.

Ekweremadu in a statement signed by his media aide, Uche Anichukwu described the death as “a heavy loss to the nation”, noting that the late politician was a “sage, democrat, and statesman”.

According to Anichukwu, the Deputy Senate President, writing on his social media handles @iamekweremadu, said: “I received with a heavy heart the news of the passing on the Second Republic President of the Federal Republic of Nigeria, Alhaji Shehu Shagari.

“He was a democrat by nature, orientation, and conviction. He was a patriot per excellence, a detribalised elder statesman, bridge-builder, servant-leader, and an epitome of humility, who served the nation and humanity most creditably. In and out of office, Alhaji Shagari clothed the Office of the President with decorum and social grace”.

Senator Ekweremadu said although the late elder statesman lived to a ripe age of 93, “his wealth of experience and treasury of wisdom would still have been most invaluable in our quest to build the Nigeria of our dreams”.

“I, therefore, send heartfelt condolences to his family, the Government and good people of Sokoto State, President Muhammadu Buhari, and the nation over this irreparable loss. May God grant his soul eternal repose”, he concluded.
News