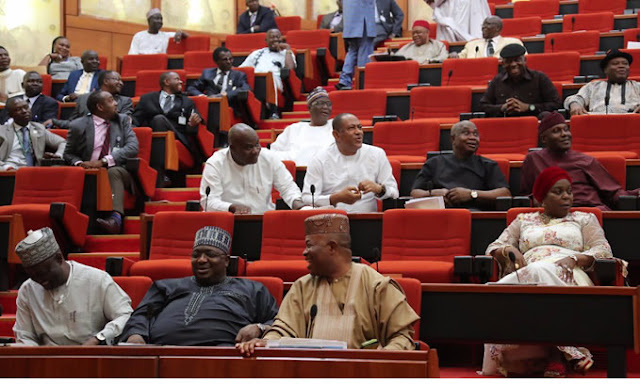 The Senate has passed a Bill to establish the South East development commission.

The Bill which was passed after a clause by clause consideration, seeks to among other things tackle infrastructural challenges in the South East such as roads and bridges and the devastating menace of erosion.

Chairman of the Senate committee on establishment and public service, Senator Emmanuel Paulker while presenting the report of the committee on the Bill, said its passage will put an end to the cry of marginalisation in the south east which has given rise to the emergence of the Indigenous People of Biafra.

In the process of consideration of the report, lawmakers resolved to put a ten year time limit for the commission to achieve it's aim after which the law establishing it will be ammended or the commission disolved.

Addressing newsmen after plenary, leader of the South East caucus in the Senate,  Enyinnaya Abaribe in company of seven other lawmakers from the South East, urged President Muhammadu Buhari to promptly sign the Bill into law, adding that it will speed up rehabilitation and reconstruction of the region which started after the civil war.