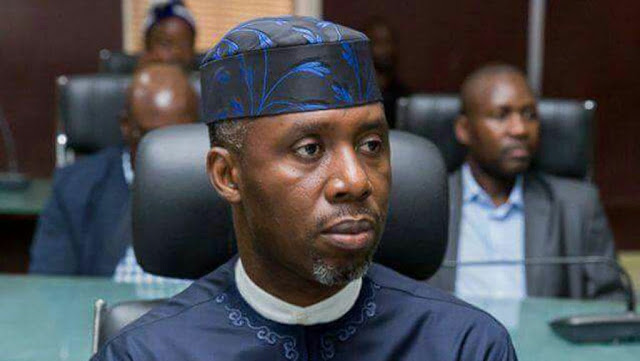 Uche Nwosu on Tuesday expressed confidence that he would emerge the next governor of Imo State on the platform of Action Alliance.
Nwosu, who spoke at Sam Mbakwe International Cargo Airport, Owerri, shortly after his arrival from Abuja, said that “ injustice, impunity, and lack of respect for party’s constitution” forced him out of All Progressives Congress.
Clutching the Action Alliance flag with the state chairman of the party beside him, Nwosu said that the entire APC structure, except those supporting the senatorial ambition of Governor Rochas Okorocha, had defected to AA,
describing AA as a party with the ideal democratic manifesto, Nwosu said that his ambition to succeed Okorocha was driven by the massive support he enjoys by the over 70 percent population of the state electorate.
He said that AA will cooperate with APC to have President Muhammadu Buhari reelected, and to also have his father in- law, Okorocha, elected as senator; and him as governor on the platform of Action Alliance.
Nwosu said, “We are going to work with APC to deliver Imo State to President Muhammadu Buhari.
“We will deliver Governor Rochas Okorocha as senator because Action Alliance has no senatorial candidate in Orlu zone.
“I have no problem with President Muhammadu Buhari. My headache is the National Chairman of APC.
“It is a divine project and we are ready for the election. It is inter - party marriage between AA and APC in Imo State.
“We will work with APC to deliver President Muhammadu Buhari, Governor Rochas Okorocha, myself and all our candidates.”
He said that his resolve to defect to Action Alliance was to ensure that he respect the wish of the youths of the state who were projecting his governorship ambition.
The chairman of Imo Youths Council, Jeff Nwoha, said that thousands of youths of the state had defected to Action Alliance to ensure that Nwosu emerge as the next governor of the state.
Nwoha said that the youths would reject any ploy to rig the 2019 governorship election in the state.
He informed that the youths would work for Okorocha who is the APC candidate for Imo West senatorial district and President Buhari.