I Won’t Campaign For Atiku, Others – Obasanjo 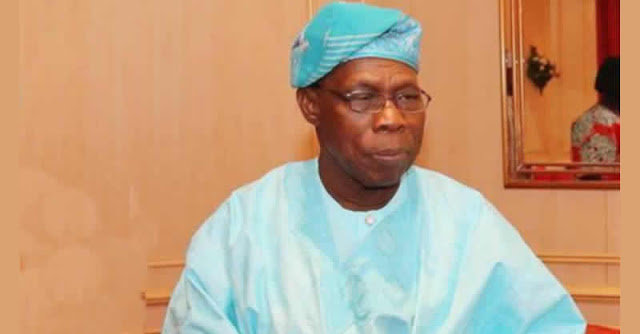 Former President Olusegun Obasanjo on Saturday urged Nigerians to vote wisely in 2019 general elections, even as he said he would not campaign for any particular candidate.
Obasanjo spoke in Iwo, Osun State at the 27th annual Owu National Convention.
He said Nigerians must vote only leaders that had capacity to drive the growth and development of the country.
He added that only credible leadership would promote good governance, hence the need for Nigerians to choose wisely in the poll.
Obasanjo, who spoke in Yoruba said, “This is not a political gathering, but we can talk politics a little. Last year, we had this event in Ibadan. This year, we ’re having it here in Iwo. Next year, we may go to Kwara because we also have Owu people in Kwara.
“Another election is near, open your eyes and vote wisely. Vote only the party that won't add to your suffering. The economy must return to a better state. Look at parties that have governed this country and choose that one that will return Nigeria's economy to a better state.
“I am not campaigning for any party or candidate and I won't do that. But I urge you to open your eyes and vote wisely. Only credible leadership can guarantee good governance and that is what the country needs now.”
In his remarks, Olowu of Kuta, who is the Chairman of the Supreme Council of Owu Obas, Oba Hammed Oyelude, called on Owu people to participate in politics in order to contribute more to the national development.