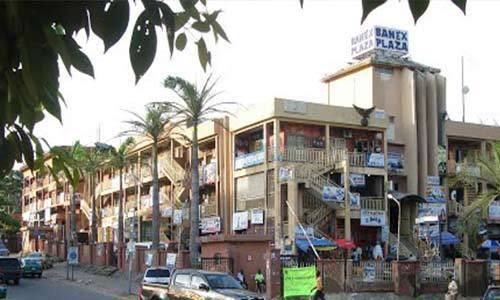 The popular Banex Plaza located in Wuse 2, Abuja, was on Friday sealed off on the alleged order of a magistrate court.

The News Agency of Nigeria (NAN) reports that Abuja Environmental Protection Board (AEPB) had gone to court asking for the vacation of the premises by Banex Plaza tenants.

Mr Nzedinma said the board failed to officially notify them about the said court order.

“Some weeks back, the AEPB told us that they were going to use the plaza as a mobile court.

“But we could not see any mobile court on the said date, I personally went round to check but could not see, surprisingly, today (Friday) they sealed off some of our shops,” he said.

The chairman, who sued for calm, said they would seek redress in court for such an order to be vacated.

Also, Nkoli Unachukwu, a tenant, said such closure was detrimental to economic development of the country.

Mrs Unachukwu said they had lost millions of Naira due to the closure.

She called on the federal government to intervene to prevent shut down of business in the plaza.

AEPB had allegedly demanded to use the premises for mobile court.
News