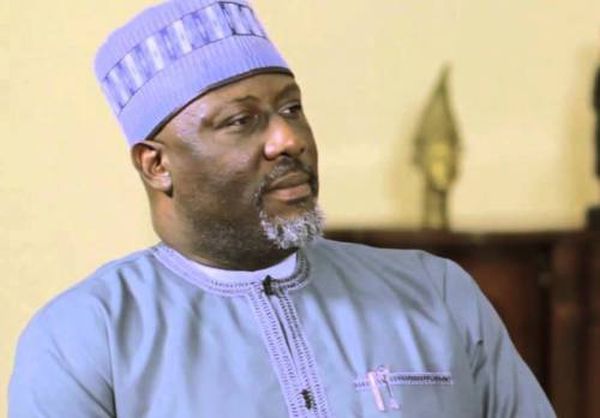 The invasion of the lawmaker's Abuja residence residence located at 11 Sangha street, off Mississippi, Maitama, took place some minutes after Midday today.

Presently, the street where his house is located has been cordoned off by the security operatives who arrived in Toyota hilux operational vehicles.

Recall that Senator Dino Melaye had raised alarm a few days ago over an attempt by the Federal Government to assassinate him.

The lawmaker had severally exposed looting of public funds under the Buhari-led administration and criticised the government over its selective fight against corruption.

The following are tweets from Senator Melaye on the matter... 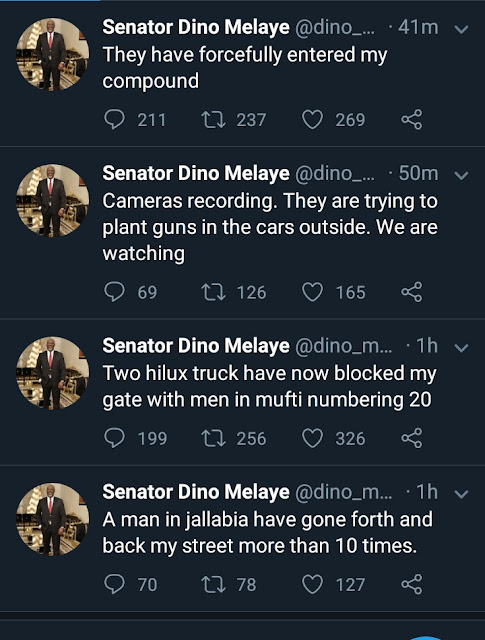 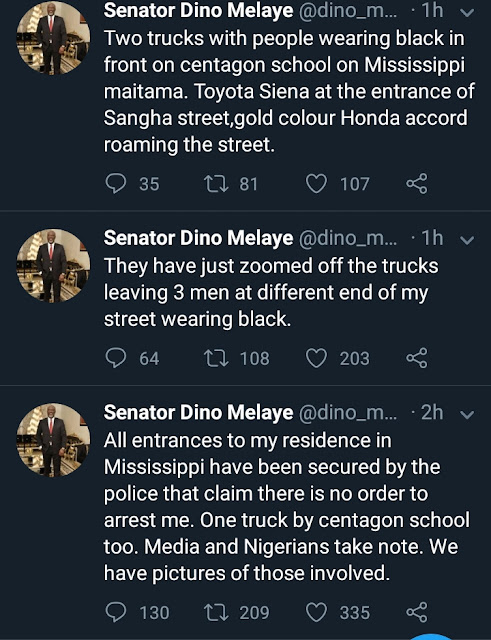