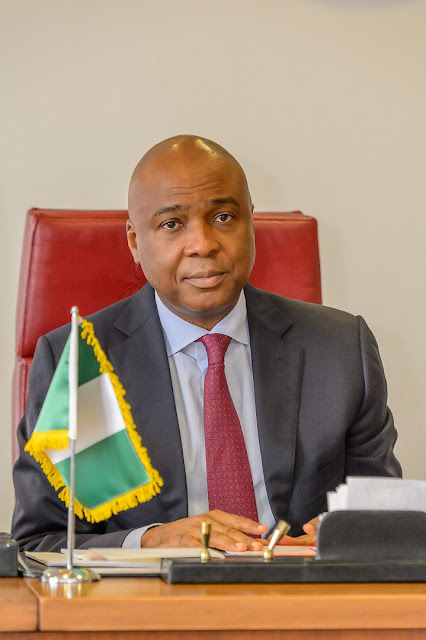 Supporters of the All Progressives Congress and the Peoples Democratic Party on Tuesday disrupted the Ilorin Emirate Descendants Progressive Union's 53rd conference.
The event at the Emir of Ilorin Palace forecourt was going on smoothly until the inauguration of the 2019 calendar of the union by the Chairman of the Ifelodun Local Council Development Authority in Lagos State, Alhaji Fatai Ajidagba, who donated N5m.
When it was the turn of the APC governorship candidate in the state, Alhaji Abdulrahman Abdulrazak to launch the calendar, some groups who wore the same clothes (Aso Ebi) shouted him down to prevent him from speaking while his supporters were shouting his slogan “O to ge”(enough is enough) to counter the opposing side.

Abdulrazak was shouted down by some supporters of the Senate President, Dr Bukola Saraki, chanting “Sai leader, Sai Bukki, Atunwa".
All efforts by the organisers to restore normalcy and continue the programme failed.
It was gathered that the APC governorship candidate was called to the podium to announce his donation against the will of some of the organisers of the event.
The incident forced the Emir of Ilorin, Alhaji Ibrahim Sulu-Gambari, to leave the venue for the event in anger when the crowd became uncontrollable.
The highly disappointed IEDPU national executive council members led by their president, Usman Abdulazeez, later went into the palace to apologise to the Emir.
The IEDPU ’s calendar, a major source of revenue generation for the union, could not be inaugurated because of the development.
Earlier in his address on the occasion, Abdulazeez warned politicians against turning the state into a battleground with their behaviour and utterances.
The IEDPU chief, who said politics should foster peace and co - existence among the people, stated that it should not be used to promote ethnic or religious sentiments and other negative tendencies in society.
“Our take on the 2019 elections is very simple. Ilorin should not be turned into a battleground by political gladiators ,” he said.
The National Publicity Secretary of IEDPU, Alhaji Abdulrahman Malik, lamented the incident.
He said, “The union is apolitical, we are to promote peace in Ilorin Emirate. We didn ’t envisage what happened.”

Media aide to Saraki, Alhaji Abdullai Olesin, said, “Dr Bukola Saraki was not the cause of the disruption because he was not present at the convention but for people to act that way when he was not there indicated how popular he is among his people.
“What happened at the convention today had shown how much the people of the state love Saraki. It was a clear signal to the opposition that Kwara remains the stronghold of Saraki.”
The media office of the APC governorship candidate in a statement absolved supporters of the party of blame.
It said, “The development at the IEDPU programme where some street urchins chanted ‘Sai Bukky ’ to disrupt a community event is disappointing, embarrassing and antithetical to good moral and ethics for which Ilorin community is known.”
According to the group, the disruption of the event just when Abdulrazak was about to give his speech exposed “the shenanigans of the urchins and their paymasters”.
The statement said, “Like a cobra fighting for its life, everybody knows that they have since lost the battle of ideas and are unabashedly desperate to wrest in the mud to survive. It is too late. The people of Kwara are saying enough is enough .”