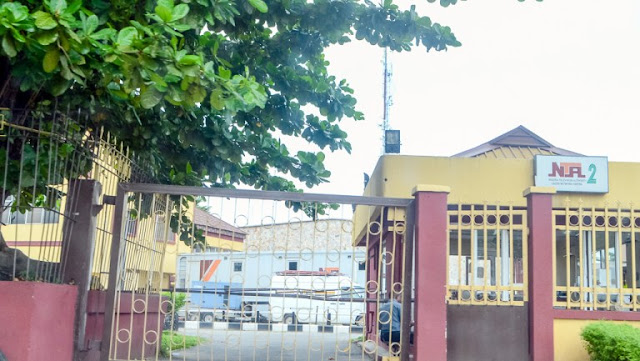 The Nigerian Television Authority (NTA) on Sunday admitted that it received payment to air a live programme of the American University of Nigeria (AUN) but could not do so.

The state broadcaster, however, said its failure not to air the programme as agreed was due to technical issues and not political interference.

The AUN is owned by Atiku Abubakar, a major opposition presidential candidate, while the NTA as a station often does the bidding of any government in power at a time. Apart from being a government-owned and funded media, the NTA top management staffers are government appointees who hold office at the discretion of the government in power.

In Sunday’s statement, the Director-General of the NTA, Yakubu Mohammed, said the station was “compelled to react to the misinformation from the Atiku Media Office, alleging that NTA deliberately and under instruction from the Presidency, refused to broadcast live, the 13th anniversary ceremony of the American University of Nigeria, Yola because of ‘conspiracy at work from the NTA headquarters and working the script of the Federal government and President Muhammadu Buhari.”

“This is not only far from the truth but very uncharitable,” Mr Mohammed said.

The official said, “While it is true that NTA received payment for the live coverage, it is also true that the NTA mobilised and deployed its Outside Broadcast crew from Jos to Yola for the coverage.

“The crew from Jos got to the location in good time and carried out equipment test and as well uplink and downlink test which confirmed that the signals are in good condition. Few hours to the event DOMSAT (Domestic satellite station at NTA Headquarters) called to report of not receiving Signals. But the uplink was sending out adequate power while DOMSAT was not receiving the signal.

“All the uplink equipment are in good working conditions and the downlink equipment also in good working condition. The only factor is the satellite service provider, INTELSAT. DOMSAT had made similar report which the Head of SATCOM had sent a report to INTELSAT and we are awaiting the report. This is a new development and new challenge which we would look at critically and localize the fault and ensure it does not reoccur. It should however be noted that the NTA TRANSMITTED THE AUN EVENT SOON AFTER IT OVERCAME THE TECHNICAL GLITCH IT EXPERIENCED.”

Mr Mohammed said the television station was not being dictated to by the presidency.

“NTA wishes to inform Nigerians that it has never been dictated to by the presidency in the course of discharging its responsibility since the current management came on board.

“The NTA also wishes to appeal to politicians to please leave it out of politics. NTA is a public broadcaster that belongs to all and will discharge its mandate according to the law establishing it,” he said.

Mr Abubakar of the Peoples Democratic Party is expected to be the main challenger to President Muhammadu Buhari in next year’s presidential election.