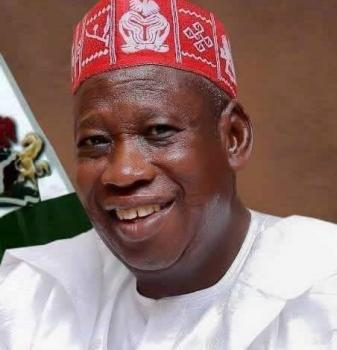 The administration of Abdullahi Ganduje, governor of Kano State, has donated N10 million to the Economic and Financial Crimes Commission, EFCC, and other agencies organising the National anti-corruption marathon.
The EFCC is collaborating with the Independent Corrupt Practices and other Related Offences Commission, ICPC, and Athletic Federation of Nigeria, AFN, to organise the programme in honour of President Muhammadu Buhari.
Ganduje announced the donation when he received members of the main organising committee in Abuja.
He promised that the Kano State Public Complaints and anti corruption Commission would collaborate with the organisers as an official partner to ensure the success of the event.
Ganduje said: “Before now, people find it difficult to access the services of the agency but we established offices across the 44 local government areas so that the services can be available to the common man.
“We also facilitated the recruitment of additional personnel and subjected them to training by professional agencies like EFCC and ICPC so that they can deliver.
“We also ensured cooperation with these agencies and that attracted international organizations to support us in reinforcing our anti-corruption system.”
The governor said as a result of the renewed vigour of the state’s anti-corruption agency, highly placed individuals such as permanent secretaries in the state civil service and a commissioner were removed and prosecuted for their involvement in fraudulent practices.
The governor had been under pressure to step down based on the videos where he was seen allegedly collecting bribes from contractors in the state.
He had denied the videos, describing them as the handiwork of his opponents.