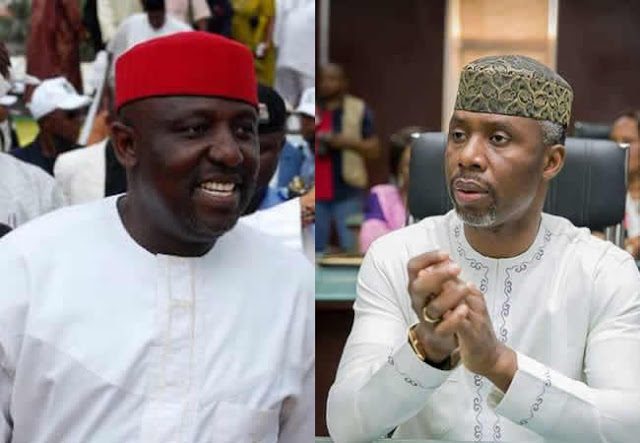 The Independent National Electoral Commission on Friday released the list of governorship candidates in Imo State missing out the name of the candidate representing the ruling All Progressives Congress.
The electoral umpire published 67 governorship candidates and their respective running mates at its office in Owerri, the state capital.
Our correspondent who visited INEC’s office in the state saw the candidates’ names and that of their running mates displayed alongside their credentials and personal information.
Among the top names who made the INEC lists are a former deputy speaker of the House of Representatives, Emeka Ihedioha of the People ’s Democratic Party, Ike Ibe of the Independent Party and a former Senator, Ifeanyi Araraume of the All Progressives Grand Alliance.
Others are, Micheal Ikoku of the Young Democratic Party, Linus Okorie of the Young Progressives Party and Alloysius Osuji of Mass Action Joint Alliance.
Three women emerged as governorship candidates. They are, Omeogu Chidiebere of the African Action Congress, Joy Udodiri of MMN and Adaku Ibe of the Democratic Peoples Party.
A source at the INEC office told a Punch correspondent that there were court orders stopping the Commission from publishing the name of the APC governorship candidate.
Uche Nwosu and Senator Hope Uzodinma have been battling, both in court and within the party for who should be its candidate.
While Nwosu was declared the winner of the October 6 APC governorship primary, Uzodinma was pronounced winner of the October 1 primary which allegedly did not hold in the state.