I Did Not Collect Salary For Eight Years As Governor, Claims Aregbesola 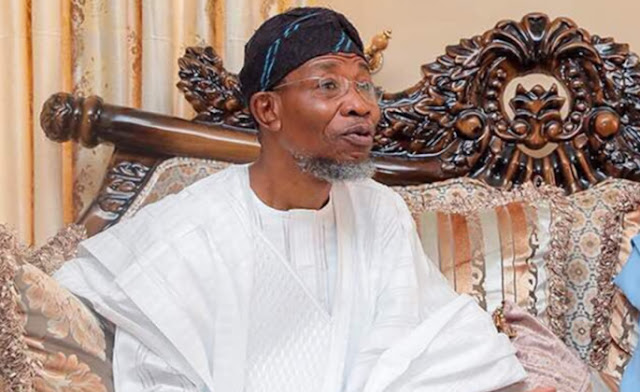 The outgoing governor of Osun State, Rauf Aregbesola, has said that he did not earn salaries throughout the eight years of his administration.
Aregbesola disclosed this during an interactive session tagged ‘Ogbeni Till Day Break’ on Saturday in Osogbo.
The governor said since it was the state that was feeding him, fueling his cars and provided him with accommodation, there was no need for him to be paid.
Aregbesola also said that he did not have bank accounts in any part of the world.
He said, “I have not collected salaries since I became the governor of the state.
“The state feeds me, fuels my car and provided me accommodation. With all these, I don ’t need money.
“I have no money and bank account anywhere.
” I have no house except the one I built before I became the governor.
“Anyone can go out there to investigate if I have bank accounts.”
Aregbesola, who will be handing over to the governor -elect, Alhaji Gboyega Oyetola on November 27 said he would vacate the government house by Monday, November 19.
He said that the decision to leave the government house earlier was to give his successor enough time to do necessary renovations.
When asked what his regrets were as a governor in the last eight years, he said he had none.
He said, ”If you give me another four years to rule again, I will still do what I did before and I will not do anything differently.”
On his next political plans after office, Aregbesola said he was going to rest for a while from politics.
“l had been in politics since my secondary school days. I have been an absentee husband for many years because of politics but for now, I want to be with my wife,” Aregbesola said.
On his achievements, the governor said he was happy that his social investment programmes supported and transformed the lives of the people in the state.