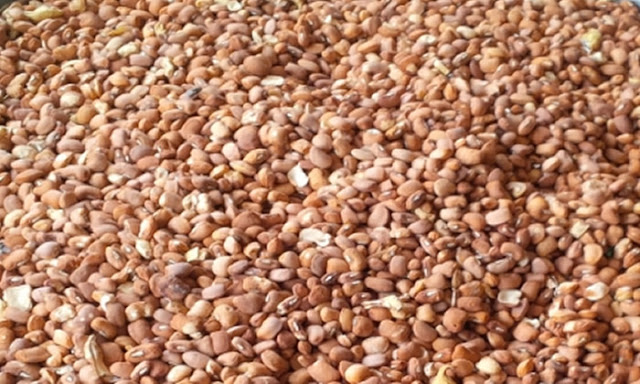 The Consumer Protection Council on Friday advised consumers to beware of contaminated beans currently being sold in some market.
It called on consumers to properly wash their beans before consumption as well as make sufficient enquiries before engaging in new purchases.
The Council gave the advice in a statement released by its Director -General, Mr. Babatunde Irukera.
The warning came on the heels of a video that had gone viral where some people were seen using sniper to preserve beans.
The Council said in addition to the cooking method and making enough enquiries before purchase, consumers should sufficiently wash their food items before cooking.
The statement said “Thoroughly washing food items before consumption or preparation for consumption is a generally accepted method of protecting and promoting safety .
“The CPC has recently confirmed by credible information that retailers, mostly in the open market, are using a pesticide, 2 ,2 -dichlorovinyl dimethyl phosphate compound, otherwise marketed and known as ‘Sniper’, to preserve beans and more particularly to eliminate or protect from weevils .”
Irukera, in the statement, pointed out that sniper, by its chemical composition and nature, was potentially injurious when human beings were unduly exposed by inhalation, absorption, direct skin contact or ingestion.
“The risk of injury on account of the consumption of beans exposed to or treated with Sniper is also existential, even though, an unintended consequence,” it added. 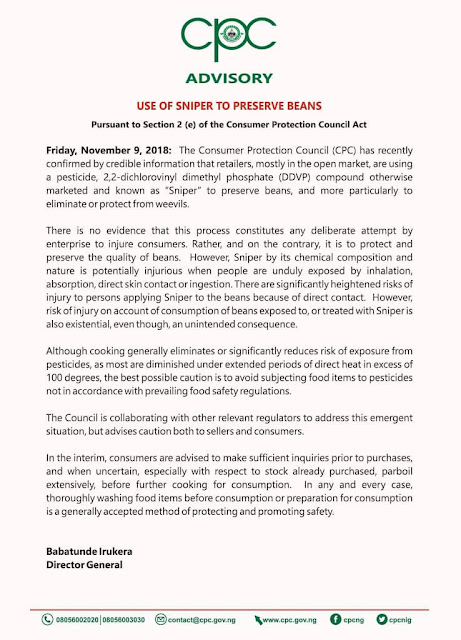