Amaechi Humiliated Me Before My Wife – Magnus Abe 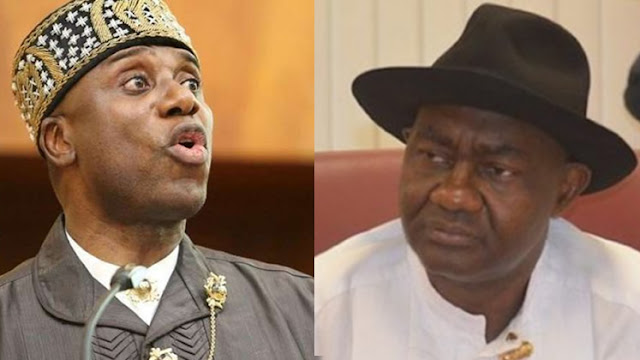 The All Progressives Congress senator representing Rivers South East constituency, Magnus Abe, has claimed the Minister of Transportation and Director General of the Buhari Campaign Organisation, Rotimi Amaechi, humiliated him by telling him not to contest in the presence of his wife.
The Interview magazine reports that Abe said Amechi’s actions may hurt the party badly in the forthcoming elections.

He also accused Amaechi of running a one- man show.
Abe said, “My grievances with the transportation minister has nothing to do with him supporting me or not. I have told him clearly that he is free to support who he wants. My disagreement with him is that he said I should not run, and I said I would run.”
The lawmaker added, “To come to my house, call me in front of my wife and tell me not to try contesting was the height of it. I said no, I would not accept, I would contest.”