Al Ahly Named The Richest Club In Africa; No Nigerian Team In The Top 50

Egyptian giants Al Ahly are listed as the richest club in Africa with a net worth of over $28 million.
The UK-based Finances of Football has ranked Kaizer Chiefs as the second-richest club in Africa. Amakhosi are said to be worth just over $22 million.
No Nigerian team made it to the top 10. Kano Pillars is the highest placed Nigerian team at number 62 with Enyeama (64) and Abia Warriors (93) making up the 3 teams in the top 100.
Chiefs rival Orlando Pirates come in at number 6 and are said to be worth over $15 million.
Mamelodi Sundowns, the only other South African club to feature in the top 20 of Africa’s richest clubs, come in at number 13 and are reportedly worth just over $9 million. 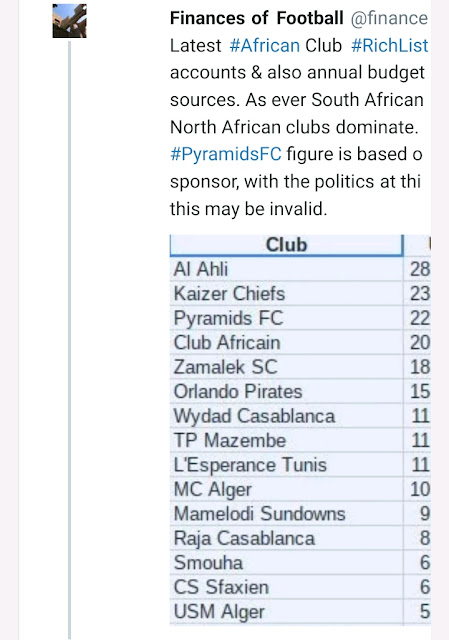 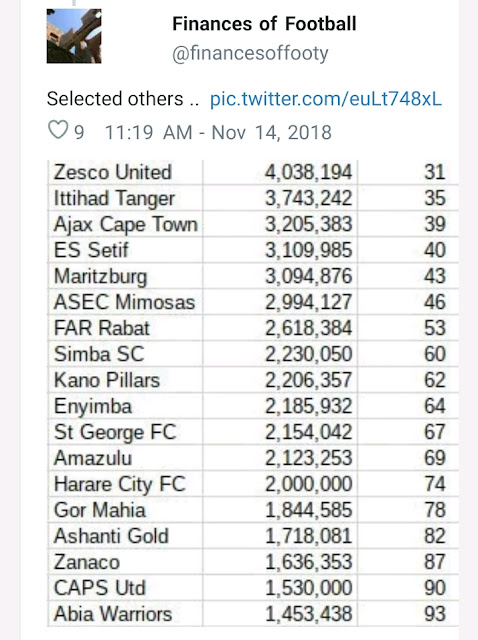 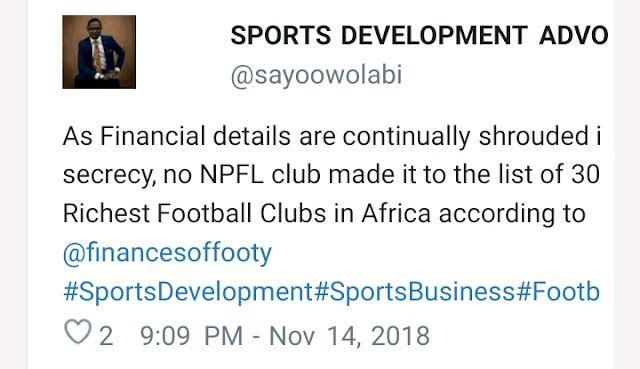