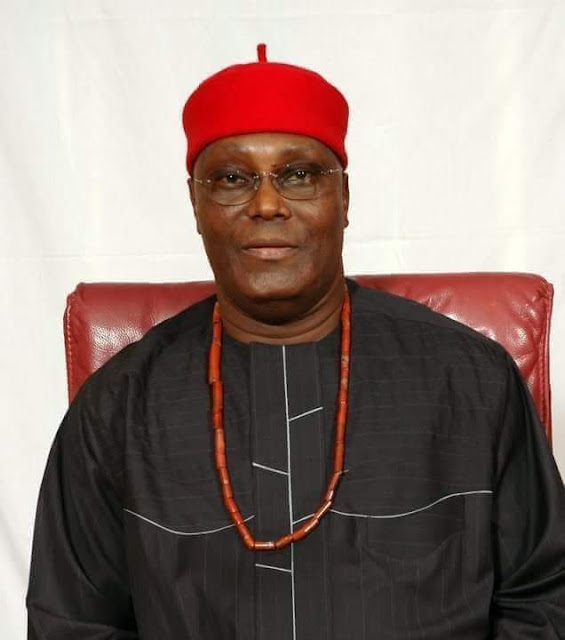 The peaceful ambience that earlier combed the headquarters of the Peoples Democratic Party (PDP) today was shattered a few minutes ago following the outbreak of commotion in the camp of youths gathered in front of the party’s secretariat.

Although details of the root cause of the chaos are sketchy as at the time of filing this report, it is generally believed that a group of youths carrying the flags of the All Progressives Congress (APC) joined their PDP counterparts who were at Wadata in solidarity with former Vice President, Atiku Abubakar who was at the party’s headquarters to submit his Expression of Interest and Nomination Forms to contest the 2019 Presidential election.
As the youths threw stones and other dangerous items in several directions, the overwhelmed security personnel stationed at the main gate to Wadata Plaza were left with no option but to open the gate for stranded supporters of the party.
The rush to get into the premises of the party culminated in a stampede which led to two women sustaining minor injuries.
Men of the Nigerian Police force later made their way to the troubled area and succeeded in restoring normalcy in a matter of minutes after firing multiple gunshots to disperse the crowd.