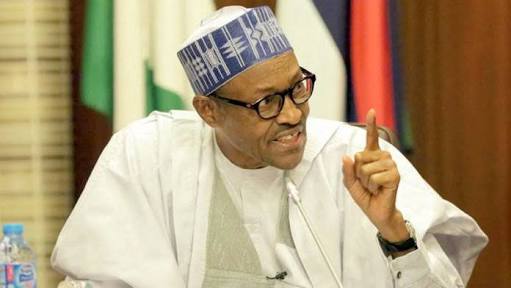 Another minister serving in President Muhammadu Buhari’s cabinet has been found to have skipped the mandatory national youth service scheme, an offence that may see him lose his position and earn him jail term.

The Minister of Communications, Adebayo Shittu, failed to participate in the NYSC scheme despite graduating from the then University of Ife (now Obafemi Awolowo University) at age 25, PREMIUM TIMES can authoritatively report.

The revelation about Mr. Shittu, who is currently angling to become Oyo State governor, is coming to light about a week after Kemi Adeosun was compelled to step down from her post as Nigeria’s finance minister after Premium Times also reported that she skipped national service and then procured a fake exemption certificate to cover her tracks.

Months of discreet checks at the NYSC headquarters showed that the communications minister did not present himself for service after graduation and is yet to do so till date.

Contacted Tuesday, Mr. Shittu admitted that he did not serve but claimed he thought his first political post after graduation could suffice as national service, a claim lawyers and NYSC insiders consider as ludicrous and untenable.

Skipping the compulsory national service is an offence under the NYSC law, punishable with up to 12 months imprisonment.

Employers are mandated by law to always request NYSC certificate of national service from employees as part of the conditions for hiring.

Having earned a bachelors degree at the age of 25, Section 2 of the NYSC Act expects Mr Shittu to have participated in the year-long national service.

Section 2 (1) of the NYSC Act mandates all Nigerians who earn degrees or higher national diplomas from tertiary institutions in Nigerian and abroad (effective 1972/73 session) to participate in the scheme.

Those exempted by the law are those who graduated after their 30th birthday, persons with national honours and individuals who serve in the military and intelligence organisations.

Rather than enlist in the national service, Mr Shittu went into politics after graduation, and was, in 1979, elected member of the Oyo State House of Assembly.

The minister said he believed that having been elected lawmaker, he needed not participate in the national service.

He said he deliberatively skipped the NYSC scheme because he was convinced that his membership of the state assembly was itself a “service”.

“The constitution provides for the qualification needed for state assembly members, NYSC is not there,” Mr. Shittu said. “I didn’t need it to become a member of the state assembly, and that is already a service,” he said.

Mr Shittu disagreed with a Premium Times reporter who laboured to explain to him that the NYSC Act makes participation in the scheme mandatory for all graduates like him and that election or appointment to political office does not qualify as a basis for exemption.

Mr Shittu’s argument does not appear convincing when placed against the letters of the NYSC law.

Section 2, subsection 1 of the Act makes it obligatory for “every Nigerian” who graduate at the end of academic year 1972-73 and subsequent years, “to make himself available for service for a continuous period of one year from the date specified in the call-up instrument served upon him”.

Subsection 2 of the same section enumerated instances of exemption from the national service, which did not include holding political office, as Mr Shittu claimed.

The four categories of individuals exempted from the national service, according to the NYSC law, are those who graduated above the age of thirty, and those who have served in the armed forces or the Nigeria Police for a period of more than nine months.

Exemption status is also conferred on individuals who bagged national honours before graduation.

Despite not possessing certificate of national service, Mr Shittu went on from being a state lawmaker, to occupying important government positions, including his current post as minister.

Mr Shittu is a former attorney general and commissioner for justice in his native Oyo State. He also served as member of the Oyo State Judicial Service Commission from 2004 to 2007.

In 2005, he was nominated minister by President Buhari, and later assigned the communications portfolio upon legislative screening.

It is not clear how he scaled screenings by the Oyo State House of Assembly, the SSS, and the National Assembly, who are all expected to screen commissioner and ministerial nominees before their appointment.

Mr Shittu is now aspiring for governorship of Oyo State.

Section 12 of the NYSC Act mandates all employers to demand the national service certificate of prospective employees before hiring.