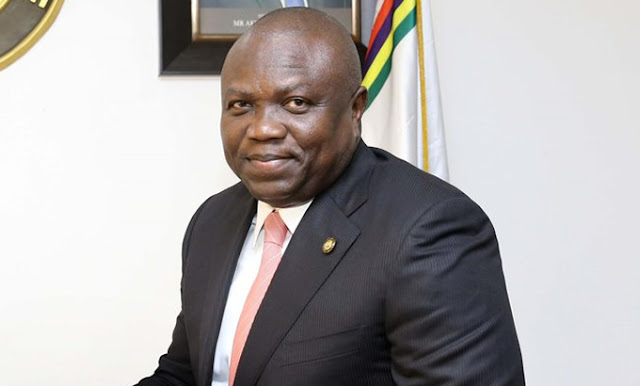 A day after Governor Akinwunmi Ambode of Lagos State officially declared his bid for a second term, there is a threat to impeach the governor, TheCable has reported.
The impeachment threat is not unconnected to an ongoing rift between Ambode and APC national leader, Asiwaju Bola Tinubu.
Ambode had on Monday obtained his expression of interest and nomination forms at the APC National Secretariat in Abuja.
Quoting credible sources, TheCable, on Tuesday claimed 57 council chairmen, who are fiercely loyal to Tinubu, have met and pledged their support to his preferred candidate, Jide Sanwo -Olu.

Ambode now faces the task of beating Sanwo -Olu and another APC stalwart, Obafemi Hamzat, in the primary.
According to TheCable, council chairmen are the most influential grassroots mobilisers under the direct primary system adopted by the APC to pick governorship candidates. Most members of the Lagos house of assembly are also loyal to Tinubu.

“Meeting is over. Ambode is out. Jide Sanwo-Olu is the new governor of Lagos. All 57 local government chairmen have signed his form. It’s over ” it said.
The online paper further quoted an ally of Tinubu, James Odunmbaku, as saying “Sanwo -Olu is the incoming governor of Lagos.”
Sanwo -Olu, who has been suggested as Tinubu ’s joker, served as a commissioner under Babatunde Fashola . He is the current managing director of Lagos State Development and Property Development Corporation.