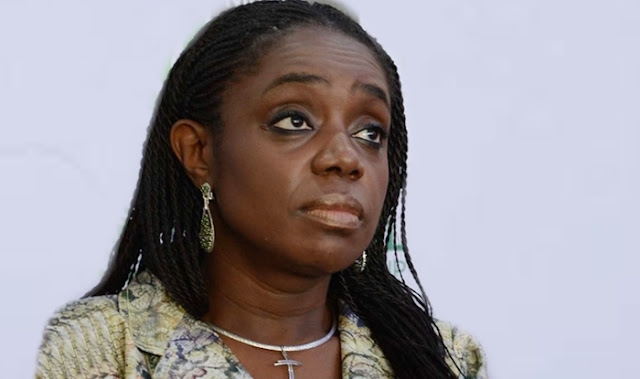 The resignation of Finance Minister, Kemi Adeosun, from her post Friday evening did not come without high-wire drama and intrigues.

The minister’s resignation was confirmed Friday evening via a statement by the Special Adviser to the President on Media, Femi Adesina.

On July 7, Premium Times exclusively reported how the finance minister skipped the mandatory national youth service and forged an exemption certificate in lieu.

PREMIUM TIMES had in series of reports between March and April painted a picture of unholy alliance between the minister and federal lawmakers, who used the discrepancy to blackmail Mrs Adeosun into illegally financing the legislature.

Despite widespread outrage and condemnation from Nigerians, Mrs. Adeosun maintained studied silence throughout.

The minister was reportedly assured by some powerful forces within and outside the administration that nothing would happen to her as a result of the revelation.

Officials at the National Youths Service Corps (NYSC) also came under intense pressure to help save the minister’s neck.

But sources at the presidency said the NYSC Director General, Suleiman Kazaure, a brigadier general, resisted the pressures, insisting that there was nothing he and his officials could do on the matter.

However, a section of the administration, including Vice President Yemi Osinbajo, was said to be uncomfortable with having Mrs Adeosun around, amidst the unresolved scandal.

But President Buhari, who assured government officials who spoke to him that he would take action on the matter, took many weeks trying to understand the issues.

Mrs Adeosun’s journey into resignation started on Wednesday, with an order for her to resign.

Impeccable sources told PREMIUM TIMES the minister was barred from the weekly Federal Executive Council (FEC) meeting and told to submit her resignation to the Chief of Staff to the President, Abba Kyari.

The verbal instruction, which was relayed to her by Mr Kyari on behalf of the president, rattled Mrs Adeosun who went home downcast from the villa.

“She has been downcast and at home since she was given the order,” a source close to her told PREMIUM TIMES on Thursday.

The option of resignation was handed the minister as a way of giving her an opportunity to salvage whatever remained of her integrity.

A leader of the ruling All Progressives Congress (APC), Bola Tinubu, also reportedly advised President Buhari to ask the minister to resign.

That was, however, not done before the president left for London on vacation in July.

At least two officials who met with Mr Buhari around the time confided in PREMIUM TIMES that the president assured them that he was consulting before taking action.

“He said he spoke to about seven persons, including the Ogun State governor who brought her, to seek advise on the way out,” a chief executive of one federal agency told PREMIUM TIMES at the time.

After the communication of the presidential decision to her on Wednesday, Mrs Adeosun knew the game was up. But she soon activated an intense lobby to reverse the order hours after overcoming the initial shock.

Governors sympathetic to her cause made spirited attempts to change her fate on Wednesday, but met brick walls.

Seeing that her fate was sealed, Mrs Adeosun reluctantly called a meeting of senior finance ministry officials on Thursday.

A senior ministry official who requested that his name should not be revealed, as he was not authorised to speak on the issue, said the minister turned in her resignation letter late Friday.

At the brief meeting Thursday afternoon, Mrs Adeosun directed her staff to commence the process of tidying the books and preparing her hand-over note.

The meeting was attended by the permanent secretary and the ministry’s departmental heads.

Two senior finance ministry officials said there was directive to all the departments to immediately begin work on the hand over notes.

The official said the directive to officials to delay the formal announcement of Mrs Adeosun’s departure from the Executive Council of the Federation was given by the presidency to allow the minister sufficient time to complete her hand-over note.

After spending the entire day in her office working to clean up her table and pack her personal belongings, the minister handed over to the ministry’s permanent secretary, Mahmoud Dutse, Friday evening.

But in its statement late Friday, the presidency directed the minister of state for budget and planning, Zainab Ahmed, to oversee the finance ministry.

Mrs Adeosun graduated from the Polytechnic of East London in 1989, at the age of 22, having been born in March 1967.

Having graduated at 22, the Nigerian law made it obligatory for Mrs Adeosun to submit herself for mobilisation to participate in the one-year mandatory national service, for her to qualify for any job in Nigeria.

Following the report, the NYSC in its initial reaction disowned the purported exemption certificate the minister claimed she had.

Days later, the NYSC asked for time to investigate and carry out verification of the minister’s certificate.

The result of that verification was never made public but PREMIUM TIMES learnt it played a key role in Mrs Adeosun’s exit.