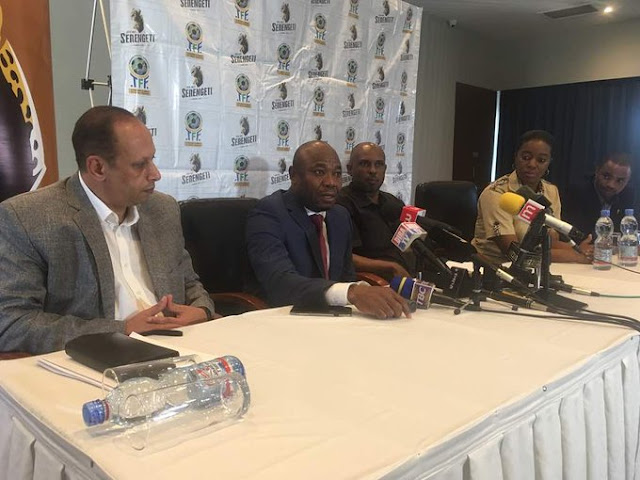 Ex-Nigeria international Emmanuel Amunike has been appointed as the head coach of the senior Tanzanian football team.
Amuike who was in charge when Nigeria’s Golden Eaglets conquered the world in 2015 signed a contract that will run till 2020. 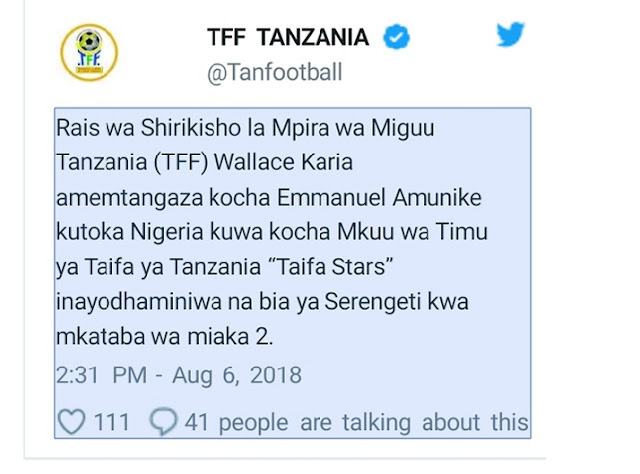 The Tanzania Football Federation confirmed the appointment on their official Twitter handle, with Amunike being unveiled by TFF President Wallace Karia in Dar es Salaam.
Amunike, 47, has been without a job since leaving Sudan’s Al Khartoum SC in March and his primary assignment will be to qualify Tanzania for the 2019 African Cup of Nations from a group has includes Uganda, Cape Verde and Lesotho.
Amunike was part of the golden generation that won the 1994 Nations Cup and the football event of the Atlanta 1996 Olympics.
EMMANUEL OKOGBA
View All Posts By Emmanuel Okogba →
Disclaimer
Comments expressed here do not reflect the opinions of vanguard newspapers or any employee thereof.
Sorry, the browser you are using is not currently supported. Disqus actively supports the following browsers:
Firefox
Chrome
Internet Explorer 11+
Safari Related
Rufai, Amunike To Assist