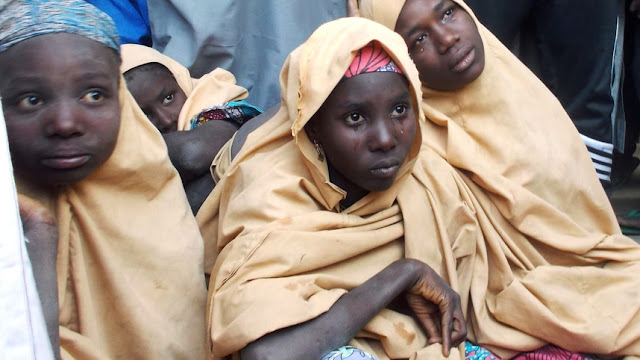 In spite of Nigerian government denial on multiple occasions, the United Nations has said that a splinter Boko Haram group that kidnapped the Dapchi girls in February was paid a “large ransom ”.
The girls were kidnapped from their school on February 18. One of the girls, Leah Sharibu, is yet to be released for refusing to convert to Islam, other freed girls said.
The Nigerian government said on March 21 that negotiations through a back-channel led to the release of the girls and a boy. But a report published by the United Nations on Tuesday said the government lied.
“The girls were released around 3:00 am through back-channel efforts and with the help of some friends of the country ,” said Nigeria ’s Information minister Lai Mohammed in March.
To free the girls, Mohammed said the only demand made by the insurgents was a temporary ceasefire.
He argued that the government chose not use its military might because it had a clear understanding that violence and “confrontation would not be the way out as it could endanger the lives of the girls, hence a non -violent approach was the preferred option .”
“Within the period when the girls were being brought back, an operational pause was observed in certain areas to ensure free passage and also that lives were not lost ,” he added .
The United Nations insisted the government paid a ransom.
“In Nigeria , 111 schoolgirls from the town of Dapchi were kidnapped on 18 February 2018 and released by ISWAP on 21 March 2018 in exchange for a large ransom payment , ” the UN said on Page 13 of the 25 - page document.
A Nigerian online newspaper Sahara Reporters debunked the government’s no- ransom claims in March. It , however , did not say how much was paid to the terror group.
The UN noted that kidnapping for ransom and the prevalence of cash economy enabled the activities of terror groups such as Boko Haram and its splinter faction Islamic State West Africa Province ( ISWAP ) , the group which kidnapped the Dapchi schoolgirls.
The deliberate falsehood peddled by the Nigerian government about the ransom came after the President Muhammadu Buhari told former American Secretary of State Rex Tillerson in Abuja that his government was going to explore negotiation instead of a military option to secure the release .
“We are trying to be careful . It is better to get our daughters back alive ,” Buhari said .
While the case of the Dapchi Chibok schoolgirls, kidnapped in April 2014 have enjoyed enormous media coverage , UNICEF said in April that over 1000 children have been kidnapped by Boko Haram since 2013.
“Since 2013, more than 1, 000 children have been abducted by Boko Haram in northeastern Nigeria , including 276 girls taken from their secondary school in the town of Chibok in 2014,” Mohamed Malick Fall , a UNICEF representative in Nigeria said in a statement .
“These repeated attacks against children in schools are unconscionable .”
In this article: