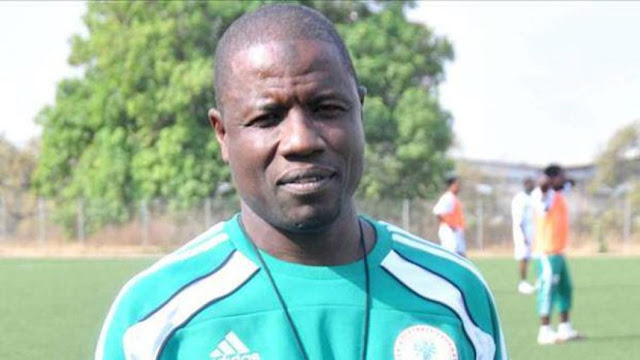 The Nigeria Football Federation (NFF) may have tactically dropped Super Eagles’ Head Coach, Salisu Yusuf from the senior national team following his indictment in a sting operation by undercover journalists.
The journalists, who posed as players’ agents, caught Yusuf on camera receiving money to field two players in a competition early this year.
Although the coach denied the charge that he took the money to take the players to the last African Nations Championship in Morocco, he has not been involved in any NFF activity since then.
Yesterday at the NFF secretariat annex in Lagos, Super Eagles’ Manager, Gernot Rohr explained that the weight of the allegation against Yusuf has made it difficult for him to be included in the national team set up.
Yusuf is also the chief coach of the national U-23 team.
“Although we believe that Yusuf is innocent of the charge because the players were already in team, we have to exclude him from the team until everything is sorted out.
“He showed his naivety in accepting the money, which actually did not influence his choices in the team then.”
The NFF has not made any official pronouncement on the fate of the coach, but reports say the federation is looking for a new handler for the U-23 team.