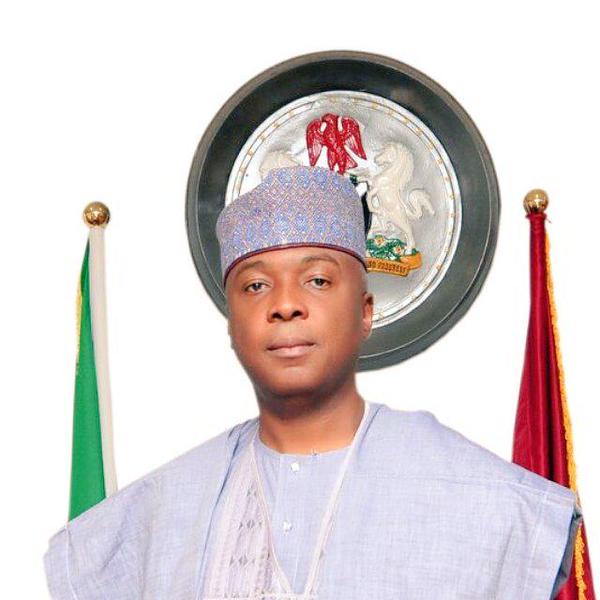 The President of the Senate, Dr. Abubakar Bukola Saraki, has called for an independent judicial panel of inquiry into the assault on the National Assembly by masked gunmen of the Department of State Service DSS, Nigeria's secret police.

In a tweet on his personal twitter handle: @bukolasaraki, Saraki said: "The very serious questions about last Tuesday’s siege on the National Assembly can only be answered through a thorough and neutral investigation. I call on Mr. President to immediately institute an independent judicial panel of inquiry to look into that assault on our democracy.” 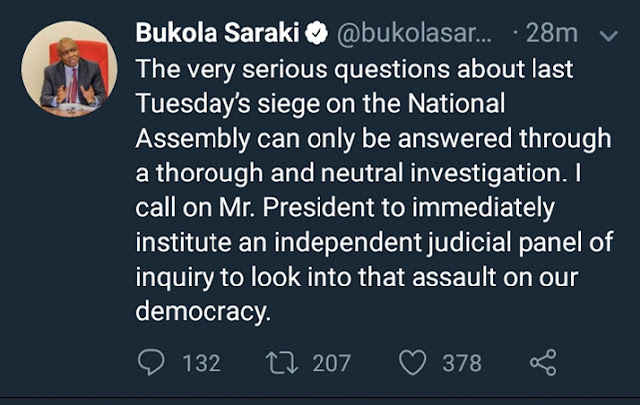