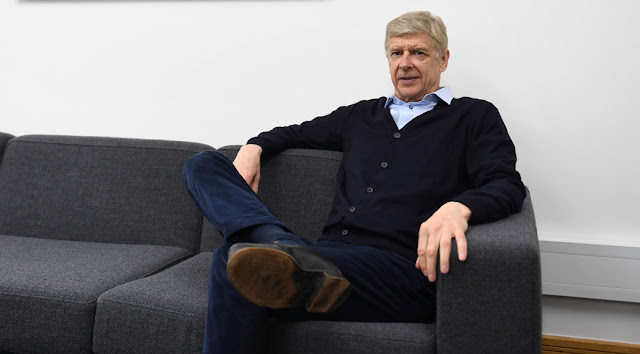 Arsene Wenger has said staying as Arsenal manager for nearly 22 years may have been the biggest mistake of his career and that he regrets sacrificing "everything" for the job.
The 68-year-old Frenchman, who was appointed in October 1996, left the north London club at the end of last season after winning three Premier League titles and seven FA Cups.
In an interview with French outlet RTL, Wenger said he will make a decision on his future "in the next few months".
When asked what was the biggest mistake of his career, Wenger said: "Perhaps staying at the same club for 22 years.
"I'm someone who likes new things, likes change. But I also like challenges. I was a little bit of a prisoner to my challenge each time."
Wenger admitted he was obsessed with ensuring Arsenal's success on the pitch, adding that sacrifices in his personal life were one the hardest parts of being a manager.
"I regret having sacrificed everything I did because I realise I've hurt a lot of people around me," he added.
"I've neglected a lot of people. I've neglected my family, I've neglected many close ones. Deep down though, the obsessed man is selfish in his pursuit of what he loves. He ignores a lot of other things. But it's a bone to chase at the same time."
Wenger was also confident that former Arsenal players Thierry Henry and Patrick Vieira, who are now pursuing coaching careers, have the qualities to succeed at the top level.
Vieira recently became Nice coach, while Henry, assistant to Belgium boss Roberto Martinez at the World Cup, has quit his Sky Sports punditry role to focus on becoming a manager.
However, Wenger warned the French pair of the sacrifices involved in following a coaching career.
"Often, I'm asked if Thierry Henry and Patrick Vieira will be good managers and I always answer yes," he said.
"They have all the qualities; they are intelligent, they know football, they have excellent skill sets, but do they want to sacrifice what needs to be sacrificed to do only that? It's an obsession which bounces around your head day and night."