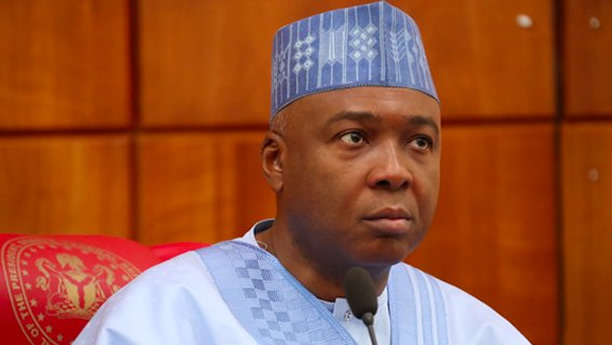 The Supreme Court has upheld the appeal of Senate President Bukola Saraki and discharged him of the remaining three charges against him in the case of false declaration of assets.

The court upheld the appeal in a lead judgment delivered by Justice Centus Nweze on Friday in Abuja.

Senator Saraki had filed an appeal at the apex court to challenge the ruling of the Court of Appeal which asked the Code of Conduct Tribunal (CCT) to try him on three of the 18 counts brought against him by the Economic and Financial Crimes Commission (EFCC).

The Supreme Court then fixed today to deliver its ruling, after hearing the appeal and cross-appeal filed by the Senate President and the anti-graft agency over the allegations of false asset declaration.

The lead judgment delivered by Justice Nweze was supported unanimously by the five man-panel of the court.

In the main appeal, the Supreme Court vacated the judgment of the appeal court which held that Saraki had questions to answer with regards to charges 4, 5 and 6 in an 18-count of non-declaration of assets and money laundering before the Code of Conduct Tribunal.

The court noted that since the lower court held that the prosecution failed to call those who had direct knowledge about the fact and then turn around to rely on parts of it to reach its position, hearsay evidence cannot be used as proof to establish a prima facie case on three out of the 18 counts.

It then vacated the ruling of the appeal court which it said was equivalent of an ‘analytical somersault’ and in its place, restored the position of the Code of Conduct Tribunal.

In June 2017, the CCT quashed an 18-count of false asset declaration and money laundering levelled against the Senate President by the EFCC for lacking in merit.

The tribunal had also agreed with the Senate President that he had no case to answer.

While the appeal court agreed in part with the lower court in its ruling on January 14, 2018, it held that Saraki had a case to answer in counts 4, 5, and 6, which had to do with his purchase of properties in the Ikoyi area of Lagos State.