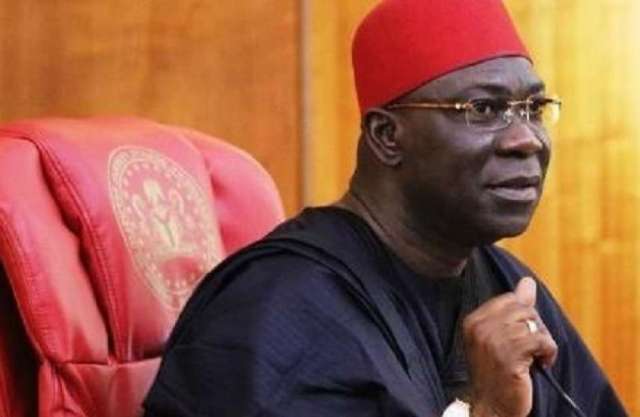 In response to the rising insecurity and killings in Nigeria, the Deputy President of the Nigerian Senate, Senator Ike Ekweremadu, is set to sponsor a bill to decentralise the nation’s policing system.

Ekweremadu slammed the current system as “dysfunctional and unsuitable for a federal system”.

He gave the indication during an interactive session with Fulbright Scholars, Exchange Scholars, and Graduate Students at the International Centre for Information and Nelson Mandela Institute of Research in his maiden lectures as a Professor and Senior Mentoring Scholar, E-Governance and Strategic Government Studies, Nelson Mandela School of Public Policy and Social Sciences, Southern University, Baton Rouge, Louisiana, USA.

Reacting to numerous concerns and questions posed to him on the rising killings and insecurity in Nigeria, the Senator said the killings had continued mainly because the federating states were not constitutionally allowed to recruit, train, and equip enough manpower for the security of lives and property of citizens in their states.

“Unlike here in the United States where the component states, counties, big institutions set up police service to address their local needs, the Nigerian constitution vests the security of a very vast, multifarious, and highly populated country in hands of the Federal Government.

“Nigeria is the only federal system I know, which operates a unitary or centralised policing. Ironically, it was not the case in the beginning. The founding fathers agreed on a federal constitution, which allowed the component units to set up local police organisations. But it was overturned by the military and successive civilian regimes have continued to play the ostrich”, Ekweremadu said.

On the way forward, he said: “As far as I am concerned, whatever we are doing now is certainly not working and we cannot continue to do the same thing and expect a different result.

“The real tragedy of the Plateau massacre is that we risk more attacks and loss of lives unless we decentralise our policing and allow every state at least to take their fates in their own hands.

“So, despite the failure of previous attempts to decentralise the police during constitution amendments, I will introduce a bill that will bring about state police or decentrliased policing once I return to Nigeria.

On the chances of the bill, Ekweremadu said events in recent years had proved beyond reasonable doubt that the current centrliased security system would never help the government to leave up to its primary responsibility, which he explained the welfare of the people and the protection of their lives and property.

“I think people are now facing the stack reality. I have been getting calls from serving and former governors and key players and interests, who were opposed to the idea of state police. They confess they have seen what some of us have been shouting from the rooftops over the years. They want the bill introduced.

“The Governors Forum are also favourably disposed to the idea now. In fact, their Chairman, the governor of Zamfara State, one of the epicentres of the incessant killings recently ‘resigned’ his position as the chief security officer of his state as the current constitutional arrangement denies him the powers, manpower, and resources to stem the killings in his state.

“The bill will also address the fears of Nigerians opposed to state police. Just like the judiciary, the bill will provide for a central police service commission and also structure the state police services in ways that immune them from abuse by any governor or state. It is also a bill we can conclude in record time”, he added.

Special Adviser (Media) to Deputy President of the Senate