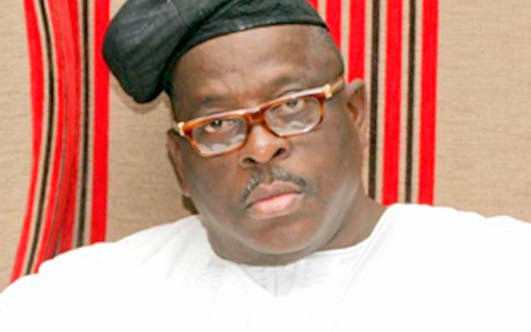 The People’s Democratic Party (PDP) has expelled an Ogun State senator, Buruji Kashamu, from the party.
Three other members of the PDP in Ogun State were also expelled.
The spokesperson of the party, Kola Ologbondiyan, announced the expulsion at the end of an emergency NEC meeting in Abuja.
Mr. Kashamu, a supporter of erstwhile National Chairman of the PDP, Ali Sheriff, was expelled alongside Bayo Adebayo, Segun Sarki and Sanimu Sodipo; all from Ogun State.
Mr Kashamu is wanted in the U.S. for drug-related offences. He has repeatedly claimed he is innocent and has resisted moves to extradited him.