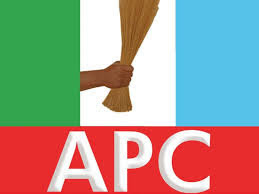 The National Chairman of the All Progressives Congress Adams Oshiomhole has told the minister of Labour and employment Chris Ngige to comply with the directive to inaugurate boards of parastatals under his ministry or face expulsion from the party.

Speaking with state house correspondents after a meeting with the chief of staff to the president Abba Kyari, the APC chairman insisted that nobody is above the party.

Oshionhole maintained that he is convinced that the erring minister does not have the endorsement of president Buhari.

He warned Ngige that it is either he complies with the president's instructions or comply with the party position or go and be a minister outside the government.

The APC chairman noted that after his expulsion from the party, the party leadership will also prevail on President Buhari to expel any erring from his cabinet.

He explained that it is the height of mischief for any minister not to comply with the presidential directive.

On moves by some party members to decamp from APC, Oshiomhole noted that the party will not change its core values in order to retain anybody.

While admitting that there are those with genuine complains, Oshiomhole said the party leadership will listen to them on the basis of justice and fairness.

The APC chairman explained that the party can distinguish those he called mercenaries from those who have genuine complains adding that his business as a party leader is to manage, listen and find solutions to those who have verifiable complain.