Mikel has not called me in five years, says father 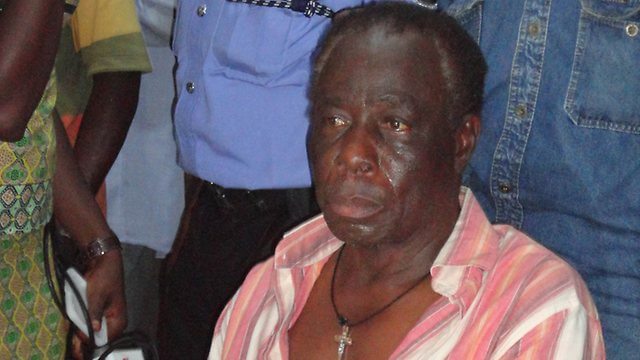 The father of Super Eagles captain John Mikel Obi says his son has not called him in over five years.
Pa Obi said his relationship with the football star is fraught with “issues” and that he has made several attempts to “fix it” to no avail.
Mikel’s father said he is a target of kidnappers because they believe he has access to the money his son is earning.
Pa Obi, who has been kidnapped twice, made the disclosure in an interview with Daily Trust.
“Isn’t that why kidnappers are targeting me? Because they think the money he makes, he ships it to me to make investments,” he said.
“It is an issue, but we don’t know what to do. It’s over five years now without a phone call from him to me. But he communicates with his mother.
“There is nothing I have not done to fix it. God has told me that I should not feel hurt.
“When we start to talk about it, I say, ‘Well, as long as I see him on TV, doing great, no problem’.
“During the just-concluded World Cup, one or two days to one of their matches, we spoke.
“He called his mum, and she told me that Nchekwube (Mikel) was on the phone and I told him that God will see him through. I prayed for him. That’s it.
“When he first joined Chelsea, my people in Anambra were very happy that God has blessed their son, and when he came to Abuja, they prepared very well with the hope that he will come to our hometown.
“They even made some magazines. It was grand. But he didn’t come. It was a shameful thing to me, as a father.
“He once told his brother that sometimes he picks his phone to call me, but something tells him not to.
“Sometime last year, he was to bring his children so that I could name them, he said he would. But he didn’t. His other colleagues frequent home, so I don’t understand.”