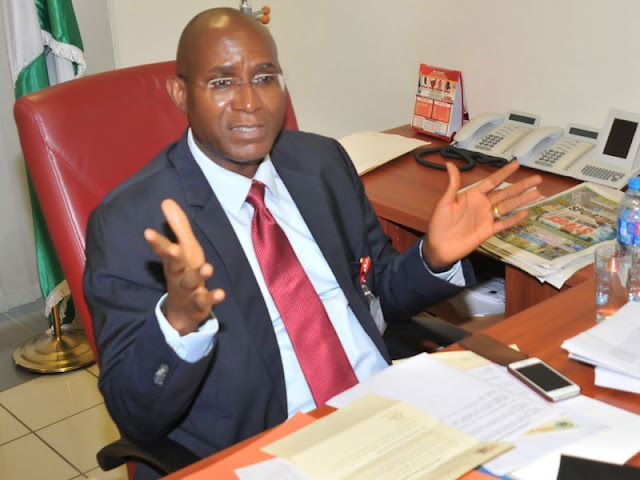 The House of Representatives on Tuesday endorsed the recommendations of a joint ad hoc committee of the National Assembly, which recommended the immediate suspension of Ovie Omo-Agege, the Delta Central senator, for 180 legislative days.
The joint committee was constituted to investigate the invasion of the Senate chamber on April 18 and subsequent stealing of the mace.
The committee’s 10-point recommendation was adopted after Betty Apiafi (Rivers-PDP), Chairman of the Ad hoc Committee, laid the report at the Tuesday’s plenary session.
The legislators also called for the immediate prosecution of Mr Omo-Agege and six other suspects on charges of treasonable felony, assault occasioning harm, conspiracy to steal and actual theft of the mace.
They resolved that Mr Omo-Agege, a member of the All Progressives Congress (APC) should also be prosecuted for incitement and breach of peace inside the Senate chamber and contempt ex-facie.
At its Committee of the Whole, chaired by the Deputy Speaker, Lasun Yusuff, the lawmakers urged the National Assembly management to review the existing security operational procedure.
This, they resolved would enable the Sergeant-at-Arms to take the lead in providing security in the complex.
Also, the House recommended special compensation for five members of staff who did their best to retrieve the mace, but were overpowered by the invading thugs.
It also commended the Deputy Senate President, Ike Ekweremadu, for refusing to be intimidated by the invasion and upholding his oath of office.
Mr Omo-Agege was suspended by the Senate for 90 days in April.
This followed his comments at a press briefing that the proposed amendment of the 2010 Electoral Act to change the sequence of elections set by INEC was targeted at President Muhammadu Buhari.
Although, he later apologised for his comments, the Senate Committee on Ethics and Privileges recommended his suspension for 181 legislative days.
The Senate President, Bukola Saraki, recommended its reduction to 90 legislative days.
After his suspension, thugs believed to be working for him invaded the Senate and made away with the Mace, the symbol of authority. Mr Omo-Agege, however, denied any involvement with the incident.
He later challenged his suspension in court and the Federal High Court in Abuja subsequently nullified the action, directing that he should be allowed to resume.
On May 16, he turned up in the senate and signed the attendance register at about 10.30a.m before proceeding to the upper legislative chambers just as the Senate was going into a closed-door session.