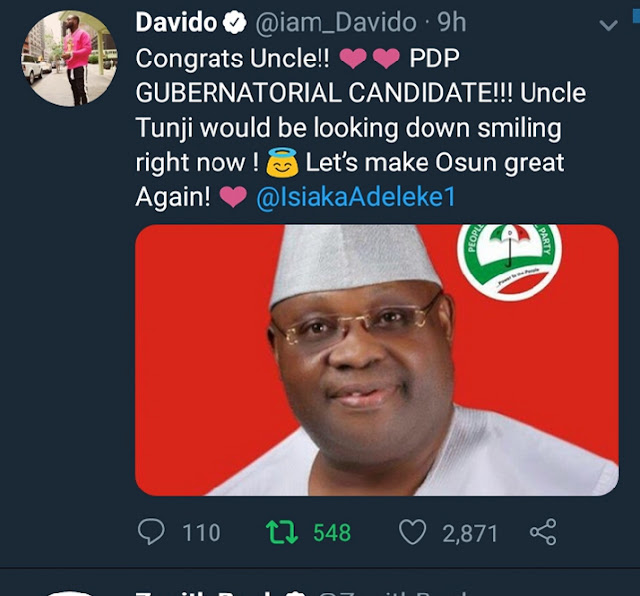 Music Icon Davido has congratulated his Uncle Ademola Adeleke after he emerged as the People's Democratic Party candidate for the forthcoming gubernatorial election in Osun state.

He took to his twitter account: @iam_Davido to congratulate his dad's brother, Adeleke who polled 1596 votes to beat his closest challenger Dr. Akin Ogunbiyi who polled 1562 votes.

Adeleke will contest the governorship election with the candidate of the All Progressives Congress, Alhaji Gboyega Oyetola who earlier emerged after the primary organised by the ruling party.