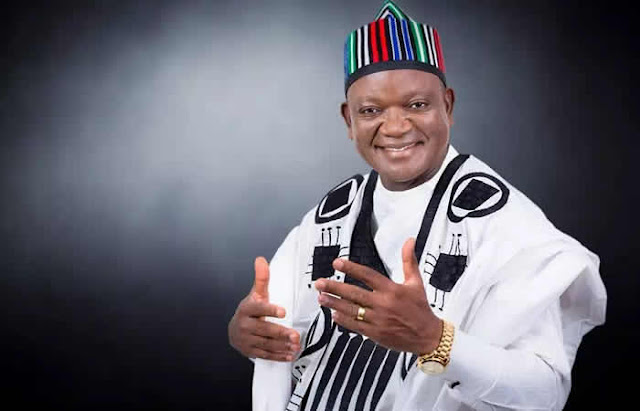 Benue State Governor, Samuel Ortom formally announced his membership of Peoples Democratic Party, PDP.
Ortom also said that the APC ward chairman in the state was “ready to join” him in PDP.
He said that he has forwarded the letter of his resignation from the All Progressives Congress to his ward chairman.
Ortom was elected on the platform of the ruling APC in 2015.
According to his Wiki citation, Ortom had served in different political parties in Benue State, and the parties include the National Centre Party of Nigeria, where he served as State Publicity Secretary.
He also served as the State Treasurer of the All People ’s Party; and State Secretary as well as State Deputy Chairman of the People ’s Democratic Party.
He was also Director of Operations of the PDP gubernatorial campaign in Benue State in 2007 and Director of Administration and Logistics of the Goodluck/Sambo Presidential Campaign Organisation in 2011.
Ortom was also the PDP National Auditor, before his appointment as minister in July 2011.
In April 2015, he contested for governorship of Benue State and won under the platform of the All Progressives Congress.
Earlier on Wednesday, youths under the auspices of ‘Coalition of Benue Youths’ and comprising 40 groups on Wednesday forced the driver of the Benue State Governor, Samuel Ortom, to remove the flag of the ruling All Progressives Congress from his car.
The youths also prevented the governor from proceeding to Abuja, where it was understood that he was to attend a meeting with APC leadership, with the aim of settling the rift between him and APC leader in the state, George Akume.