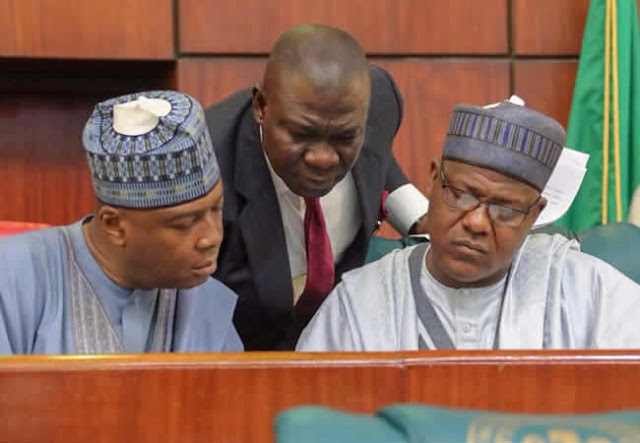 The National Assembly has said that the President must be held accountable for the actions of his appointees.
It also accused the Executive of “systematic harassment and humiliation” “of perceived political opponents,” urging it to stop.
These were part of the five - point resolutions made at the Joint Executive Session held on Tuesday.
A tweet posted on the verified Twitter handle of The Senate President, @SPNigeria, and containing the resolutions also stated that the lawmakers resolved that security agencies must be given “marching orders” to curtail the sustained killings of Nigerians across the country and protect lives and properties of Nigerians, saying “this is the primary duty of any responsible government.”
Other decisions reached at the joint session were revealed as follows:
“The systematic harassment and humiliation by the Executive of perceived political opponents, people with contrary opinion, including legislators and judiciary, by the Police and other security agencies must stop.
“There must be strict adherence to the Rule of Law and protection for all citizens by the President and his appointees.
“The President must be held accountable for the actions of his appointees and must be ready to sanction those that carry out any act which will ridicule or endanger our country and democracy.
“The government should show sincerity in the fight against corruption by not being selective, also prosecute current appointees that have cases pending against them.”