Opeyemi Bamidele Shot At Reception For Fayemi In Ekiti 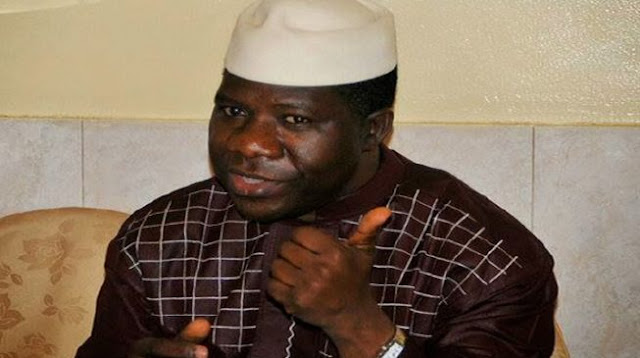 Opeyemi Bamidele, a former member of the house of representatives, has been shot in Ekiti.
TheCable understands that he was shot on Friday at the All Progressives Congress (APC) secretariat in Ajilosun, Ado-Ekiti, the state capital.
The incident took place during a reception organised for Kayode Fayemi, governorship candidate of the party.
An armed mobile police officer said to be responsible for the shooting has reportedly been detained.
Bamidele, a former governorship aspirant in the state, has been admitted to an undisclosed hospital in Ado-Ekiti.
Yinka Oyebode, Fayemi’s chief press secretary, told TheCable that “Dr Fayemi is with Hon Bamidele at the hospital”.
Meanwhile, Jide Awe, APC chairman in Ekiti, says “Fayemi was the target” of the shooting.
“We had a gunshot in our rally by a uniformed man,” Awe told TheCable.
“He was overpowered by the crowd and they took away the gun from him. It was a sporadic shooting, and I think the man has been apprehended.
“Some of us were upstairs at the party secretariat after the visit of the candidate of our party, Dr Fayemi. He was actually going out of the party office complex when we had the gunshots. He was at the veranda outside, going out to enter his waiting car. A lot of people were hit by bullets.
“Bamidele is not badly hit by the gun, and he is recuperating.”
The Ekiti police command told TheCable that the matter is still being investigated and that it has no concrete information to share.