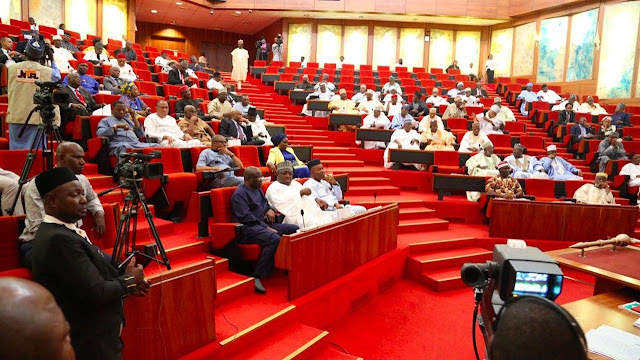 The attention of the Senate has been drawn to a front page story in the Vanguard newspaper of June 1, 2018 with the screaming headline "Insubordination, cause of rising insecurity - NSA" which claims to be revealing the discussions the Senate had in executive session with the National Security Adviser (NSA), Maj. Gen. Babagana Monguno (rtd.).

The Senate will want the general public to know that the Vanguard story is a mere fabrication as it does not represent anything discussed in the executive session. None of the claims made in the story occurred during the executive session. Also, the story represents a breach of the privilege of the Senate as an institution and that of its members.

The Vanguard story is equally an irresponsible journalism as it seeks to undermine national security and set top officials against each other. Our view is that with the speculative story by the newspaper, the progress the Senate has recorded in finding lasting solutions to the security problems may have suffered a big set back.

The Senate has therefore decided to refer the matter to its Committee on Ethics, Privileges and Public Petitions for further investigations and appropriate recommendations.

The Senate, however, will like to advise the media against undue sensationalisation, exuberance and excitement which tends to undermine national interest and security. We expect that on certain issues, the media should be able to place state security, national interest and the need to respect, dignify and protect the integrity of our public institutions, especially, the security institutions and its operators, above the urge to sell their news. Afterall, security is everybody's business and when there are security crises or breaches, nobody, no matter his profession, is exempted from the consequence.