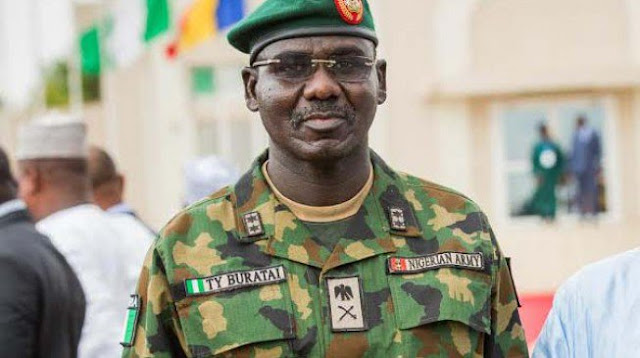 President of the Senate, Dr. Abubakar Bukola Saraki, has condoled with the Chief of Army Staff, Lt. Gen. Tukur Yusuf Buratai over the death of his father, Mallam Yusuf Buratai.

Saraki described the late Buratai as a true Nigerian who contributed immensely to the development of his country during his lifetime and left behind a legacy of selfless service, discipline and hardwork.

"Pa Buratai did not only serve the country as a military personnel - having been a non-commissioned officer in the West African Frontier Force - he left behind capable children like the Chief of Army Staff, who are today carrying on the torch of national service," Saraki stated.

He commiserated with the Chief of Army Staff, the entire Buratai's family, the military high command and the Government and people of Borno State over the irreparable loss.

He prayed Almighty Allah to grant the soul of the deceased Aljannah Firdaus, while calling on the late Buratai's children and loved ones to take solace in the exemplary lifestyle of their late father.