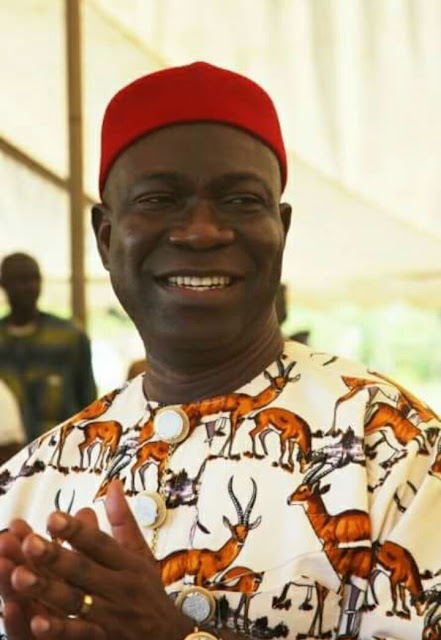 The Deputy President of the Senate, Senator Ike Ekweremadu, has called on Nigerians, including civil servants to register with the political parties of their choice to improve the quality of governance in the country.

He also advocated the use of electronic voting in the conduct of party primaries to make them more transparent and credible.

Ekweremadu made the calls at the launch of the “Responsive Political Party Programme in Nigeria” by the International Republican Institute, IRI, in Abuja, Tuesday night.

He said since the Constitution did not permit independent candidacy yet, the political parties were not only the sole platforms for leadership recruitment, but also authentic avenues for ensuring that elected leaders were responsive to the yearnings of the people in line with their campaign promises.

“The notion that civil servants cannot be members of political parties in Nigeria is unfounded. For the avoidance of doubt, the Supreme Court is clear on this in the case of INEC VS MUSA and OTHERS (2003). In a judgment delivered by His Lordship, the former Chief Justice of Nigeria, Justice Mohammed Uwais (Rtd), the apex court declared that any guidelines, be it INEC electoral guideline, civil service rule or the Electoral Act that bars civil servants from belonging to political parties is inconsistent with Section 40 of the 1999 Constitution.

“This Section clearly provides that ‘Every person shall be entitled to assemble freely and associate with other persons, and in particular he may form or belong to any political party, trade union or any other association for the protection of his interests’.

“By belonging to a political party, civil servants will also be in a position to block the nomination of leaders, who do not care about their welfare”, Ekweremadu explained.

He assured that the National Assembly was working on removing the restrictions on electronic voting from our electoral laws to enable technology play greater role in creating more credible and transparent electoral process that would in turn drastically reduce election petitions.

The lawmaker, however, stressed that the credibility of any electoral process starts with a free, fair, and credible primary election.

“Therefore, to get their primaries right, political parties should upgrade to both electronic registers and electronic voting systems. This will substantially reduce pre-election disputations”, he added.

He called on the Peoples Democratic Party, PDP, to seize the opportunity of the proposed fresh membership registration exercise to build an electronic membership register as recommended by its Post-election Review Committee.

Ekweremadu expressed sadness that the nation’s political parties lacked the strong financial base or investment to be self-reliant despite the windfalls they enjoy through the sale of nomination forms.

He warned that the continued reliance on donations by godfathers was dangerous for the nation’s democracy as “he who pays the piper, would want to call the tune”.