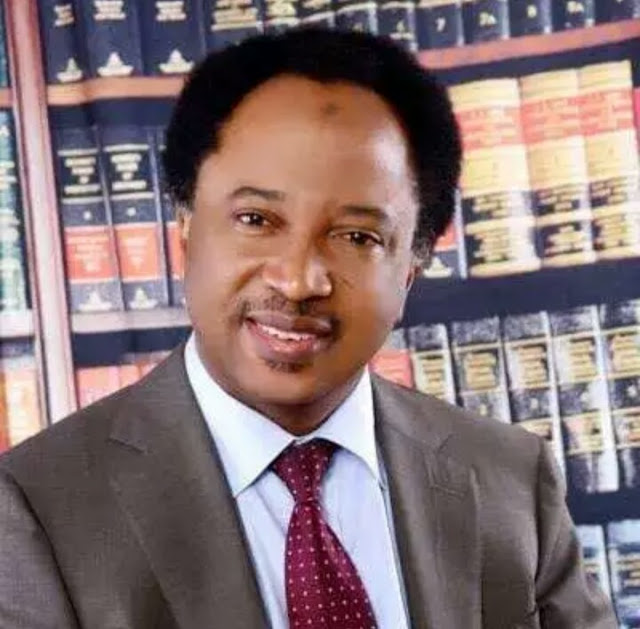 Apparently in a bid to find the mysterious snake that swallowed N36m in the Benue office of the Joint Admission and Matriculation Board (JAMB), Sen. Shehu Sani on Tuesday, stormed the headquarters of the board with snake charmers.
The senator who represents Kaduna Central in the National Assembly said, the visit, was with a view to getting to the bottom of the issue.
The News Agency of Nigeria (NAN) reports that one Philomena Chieshe, a sales clerk in the JAMB office, Makurdi, told JAMB registrar and his team that “she could not account for N36 million she made in previous years before the abolition of scratch cards.
“In the course of interrogation, Philomena denied the allegations that she stole the money but confessed that her housemaid connived with another JAMB staff to spiritually (through a snake) steal the money from the vault in the account office”, the report said.
According to Sani, his visit to JAMB is in response to the story that a snake swallowed N36 million.
He lamented that it was of concern that such a huge sum of money was reported to have been swallowed by a snake.
“I believe that the contribution I can make is to bring snake charmers from my constituency to the JAMB office and to help them fish out the snake and weed out snakes from their premises.”
Sani further said that if a snake could actually swallow N36 million, one day Nigerians may wake up to say that a snake had swallowed the country’s foreign reserve.
“I believe that my contribution to JAMB will help them fish out snakes within the office.
“Even if it is a spiritual matter, we believe that these people I brought, they are some of the best snake charmers in the country and they will help in arresting both physical and spiritual snakes if there has been any in the JAMB office.”
He explained that it was very clear the incident did not happen doing the tenure of the JAMB Registrar, Prof. Ishaq Oloyede.
“We are very proud of him. We believe he is someone who should continue to man this agency and he is acting in the right direction.
“It is good for Nigerians to know this is what has been happening before he came into office. I believe the best thing we can do is to continue to support him.
“People should understand the story which is very clear and if that is the case, if people, civil servants could have used the opportunity to have been in office to enrich themselves using snake stories.
“It is high time for all Nigerians to know that there may be even dirty things happening in other places but this place has exposed it for us to see the truth and I’m very much happy about that.
“We will continue to support him. And as far as we are concerned the story that public funds could be taken away by some people in the name of snake, it is virtually unacceptable.
Sani thereafter presented cartons of snake repellent and chemicals to the agency.
In his response, the Spokesperson for JAMB, Mr Fabian Benjamin explained that on assumption of duty, the present registrar discovered that there were a lot of loopholes in the sale of scratch cards.
“Before the registrar resumed duty, what we were using to register candidates and all other services was scratch cards.
“We discovered a lot of loopholes, we discovered that staff were exposed to cash and then he stopped the use of scratch cards.
“The registrar thereafter introduced pin vending. After introducing pin vending, it was natural for him to call for audit or stock taking.
“After taking stock it was discovered that in some offices they could not account for what they sold, or the card that was left.
“Ms Philomena Chieshe was entrusted with a number of scratch cards which she sold and N36 million could not be accounted for, when asked she actually said she sold them at the said amount, kept the money in the public vault.
“According to her, a snake swallowed the money.”
Benjamin further explained in the spirit of transparency, inclusiveness and openness the agency felt that Nigerians should know what was happening.
He said Chieshe had been queried and has appeared before a disciplinary committee.
“A report has been written and sent to the Minister of Education Mallam Adamu Adamu and as soon as that report is approved, she will either be dismissed or handed over to the security agency for proper profiling.
“At the moment she has been interjected,” Benjamin said.
He also noted that there was a case in Nasarawa State where the staff claimed on his way to submit the cards, he had an accident and the cards got burnt.