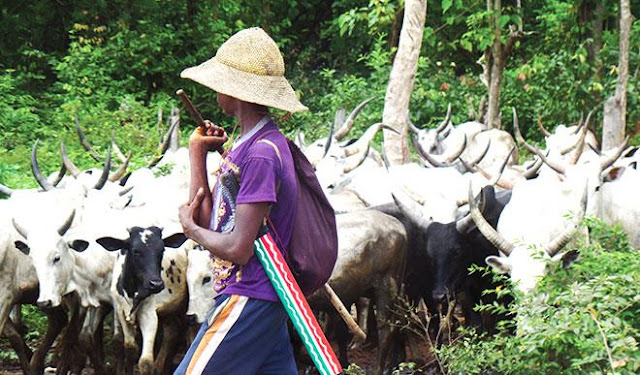 Miyetti Allah Cattle Breeders Association of Nigeria, MACBAN, on Saturday appealed to Nigerians to be fair to them and the entire herdsmen across the country.
MACBAN’s South East zonal chairman, Alhaji Gidado Sadiqu, made the appeal while urging the public to disregard rumours that their members were plotting to coordinate attacks on Enugu and Anambra States.
The group, which said it was scared of criminals masquerading as herdsmen to unleash terror on their host communities, noted that herdsmen were only looking for greener pastures in the southern and middle belt regions.
Speaking during the group’s zonal meeting in Enugu, Sadiqu expressed displeasure at the fact that the sight of a Fulani sends shivers down the spines of community members.
He warned some of it’s members, who were in the habit of destroying farm crops to desist.
Sadiqu said, “We also advise our members to participate actively during the coming election by obtaining PVC. This will bring them close to their host to reduce suspicion and hatred.
“We urge our members to be submissive to the committee’s that were constituted by the government to mitigate menace that is coming from the Fulani’s or their hosts.”