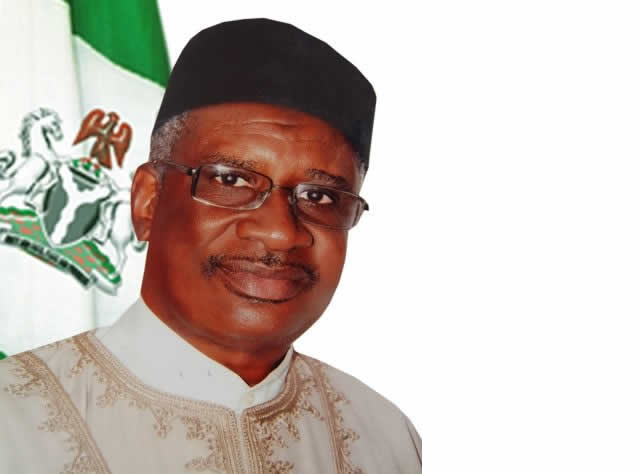 Elders and key actors in the politics of northern Nigeria, on Saturday, converged on Abuja to brainstorm on strategies to be adopted to pick a consensus candidate from the region for the 2019 presidential election.
The elders, under the aegis of Northern Elders and Stakeholders, said the meeting was called to seek ways of reaching an accord for an acceptable person who would fly the zone ’s presidential flag.
The meeting was convened by a former National Chairman of the Peoples Democratic Party, Dr. Bello Mohammed; a former Deputy Senate President, Ibrahim Mantu, and Senator Paul Zannan.
Other prominent northern leaders at the event are a former governor of Niger State, Dr. Babangida Aliyu; Senator Bala Mande and Senator Solomon Ewuga.
A former Vice- Chancellor of the Ahmadu Bello University, Zaria, Prof. Ango Abdullahi; a former governor of Sokoto State, Alhaji Attahiru Bafarawa; a prominent lawyer, Prof. Awwal Yadudu, and Alhaji Bala Mohammed were also in attendance.
The chairman on the occasion was elder statesman and chieftain of the Northern Elders Forum, Alhaji Tanko Yakassai.
It was gathered that the meeting was informed by reported widespread discontent trailing the alleged poor performance and failing health of President Muhammadu Buhari and the need to get a younger candidate ahead of the political party primaries.
In an interview with Punch newspaper Saturday, Yakassai said although the group was a political one, it was non -partisan.
He stated this in response to a direct question as to whether the group would support Buhari should he declare a desire to seek re -election or whether the group was shopping for another candidate for the 2019 Presidential elections.
He said, “The purpose of our meeting is not to form a political party. Our meeting was not to support any candidate; we don ’t even know the candidates yet. The purpose is to see how to bring about unity of purpose in the North.
“Our main preoccupation is how to unite the North to relate better with the rest of Nigeria on a common ground.
“We are a political group but non -partisan (almost) all political parties were here, we are fighting for unity of the country we are not having anybody in mind, we want to have a common purpose.”
Mohammed, who is also a former Minister of Defence, in his speech, said the forum was convened “after due consideration of the current political situation in the country.”
He stated, “After due consideration of the current political situation in the country, it becomes highly expedient to convene a conversation of critical Northern Elders and Stakeholders to deliberate on the best way forward for the region.
“The conversation was necessitated by the need for us to deliberate and reach an acceptable choice for representation, given that the 2019 Presidency has been zoned to the North.
“From what is apparent in the political arena today, it is clear that the major political operators have agreed that in the forthcoming 2019 general elections, it is the turn of the North to produce the President.
“From what we have seen earlier, it has always been zoned to the North but the decision on what to do and who to present has never been a northern decision.
“What we want is that this time round, let us have the opportunity to come together so that whatever is decided for the North, it is the northern leaders who decide it and then we get support from other regions.
“If we are able to do that, then we should be able to produce a leadership for this country that would be just, equitable and lead us to nation ’s development which is eluding us. That is the reason why we are here .”
In a communiqué at the end of the meeting, the elders and stakeholders stated that they agreed to set up a committee to search and present a consensus candidate for the 2019 presidential election.
They equally set up a committee to look at the desirability or otherwise of the restructuring of Nigeria just as they approved the holding of a political summit, tagged ‘Northern Political Summit' on March 15, 2018.
They said this was to commemorate the attainment of self - government of the Northern region in 1959.
They blamed governors for most of the problems in the region and called for efforts to reduce their powers.
The communiqué released to the media by chairman of the Communiqué Drafting Committee, Senator Ibrahim Mantu, showed that the group also set up other committees, top among which was the one saddled with the responsibility of x -raying factors that had caused crises in the region.
The communique read, “This meeting is hereby established as a standing forum for the Northern Region to be known as Northern Political Leaders Forum.
“Five Sub -Committees are hereby set up to address the various issues challenging the Northern Region. The sub -committee during the summit are Security Sub -Committee; Political Sub -Committee; Northern Unity Sub -Committee; the 2019 Election Sub -Committee and the Restructuring of Nigeria Sub -Committee.
“The details of the members will be announced in due course.
“The meeting has approved the holding of a Northern Political Summit on March 15, 2018 to commemorate the attainment of self - government of the Northern Region in 1959.
“The reports of the committees will be delivered and deliberated on at the said Northern political summit.”