US Shutdown Begins As Senate Fails To Pass New Budget 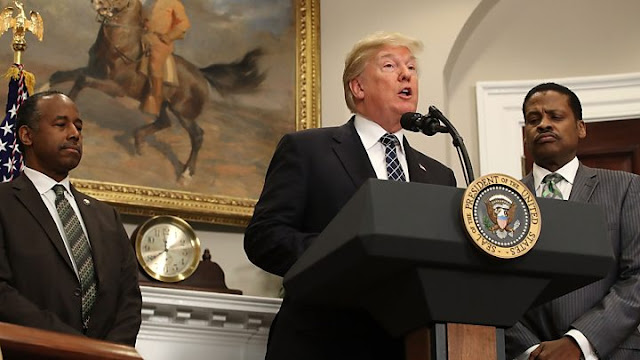 The US government has begun shutting down many of its services after the Senate failed to agree on a new budget.
A bill to fund the federal government until 16 February did not receive the required 60 votes amid a bitter dispute over immigration and border security.
It is the first shutdown ever to happen while the same party, the Republicans, controls Congress and the White House.
The impasse will affect hundreds of thousands of federal workers, and the recriminations have already begun.
President Donald Trump accused Democrats of putting politics above the interests of the American people.
But the leading Senate Democrat, Chuck Schumer, blamed the president, saying Mr Trump had turned down two bipartisan compromise deals and "did not press his party in Congress".
The last government shutdown was in 2013, and lasted for 16 days.