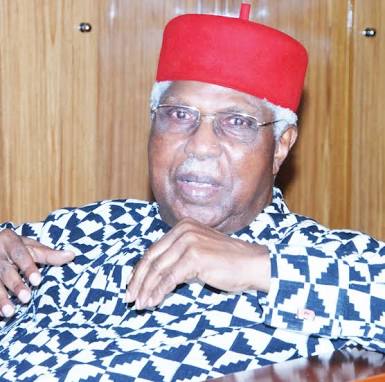 The national summit on security being organised by the Senate has been postponed in honour of the late former Vice President, Alex Ekwueme who will be buried on Saturday.

The summit, scheduled to hold on February 1 and 5 at the Banquet Hall of the State House was to be declared open by President Muhammadu Buhari.

A statement by the chairman of the Chairman, Senate ad-hoc committee on review of security infrastructure who is also the Majority Leader, Sen. Ahmed Lawan, stated that the postponement was to honour the late former Vice President, and to also enable Federal legislators, particularly those from the South-East, participate fully in the burial programme of the late elder statement.

Lawan said a new date for the summit would be announced in due course, and extend the committee's apology to the invited dignitaries.

The summit was organised to provide an all inclusive platform for heads of security and defence agencies, Governors, traditional rulers, socio-cultural groups, civil society organizations and others, with a view to finding solutions to acute and long term security challenges in the country.

Though the now postponed summit was an initiative of the Senate as part of its contribution to the resolution of the rising security challenges, it is being convened in partnership with the Presidency to find a common solution to the issue.