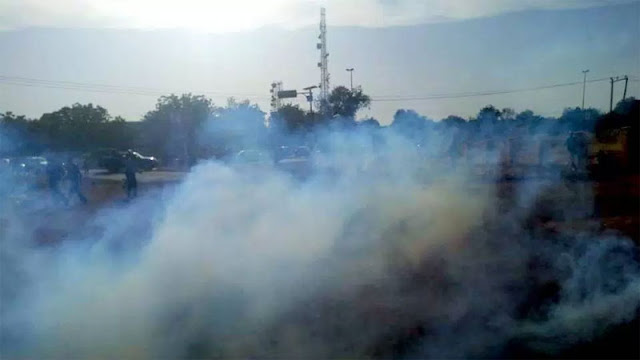 The police on Monday in Abuja
dispersed protesting members of the Islamic Movement in Nigeria with tear gas as they attempted to force their way into the National Assembly complex.
The Shiite members demanded the release of their leader, Ibraheem El -Zakzaky, detained since 2015.
The protesters were chased away and a few of them were arrested by policemen supported by civil defence operatives.
The police also fired gunshots in the air, causing fear and pandemonium as people ran for safety.
The number of those arrested could not be immediately ascertained, but Punch newspaper correspondent was quoted as saying that he saw a bloodied youth being taken away by a police team at Zone 3, Wuse.